A 2012 Ford Escape Hybrid taxi with 400,000 miles on the odometer tells a lot about where hybrids have been and where they might go tomorrow

I’ve been tooling around Detroit in a bright yellow 2012 Ford Escape Hybrid New York taxi with 400,000 miles on the odometer. Four-hundred thousand. I’ve never owned a car with 200,000 miles, much less a cab that survived New York’s street of Hades for all that time.

With Ford about to launch the first new hybrid option of its popular Escape model in 13 years, the cab that the automaker loaned to me is a revealing artifact of the promise and drawbacks of battery-powered vehicles. 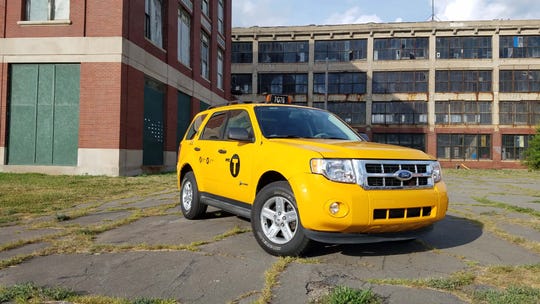 Bloomberg predicted all city taxis would be hybrid by 2012 and piled on incentives for cab drivers to get there (on top of $3,000 tax credits offered by the federal government). A leader in hybrids under Bill Ford, the Blue Oval was poised to take advantage of Bloomberg’s activism and, in 2007, yellow Escape hybrids starting hitting the city streets.

Or should I say bump-bump-bumping city streets.

I’ve driven Gotham byways for decades going back to my ‘80s Jersey college years, and they make Detroit’s oxcart paths seem smooth by comparison. Throw in city tempers and traffic thicker than Andrew Dice Clay’s Brooklyn accent, and a mile in a city cab can feel like you’re on an amusement park thrill ride. 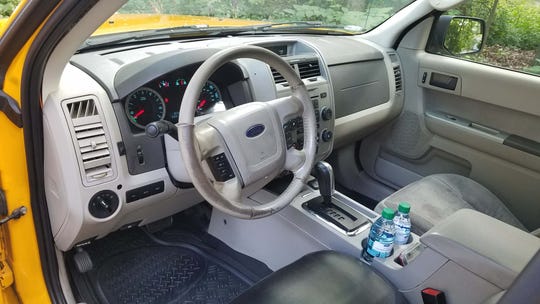 The interior of the 2012 Ford Escape Hybrid NYC Taxi doesn't have the pizzaz of the forthcoming, 2020 Escape Hybrid. (Photo: Henry Payne, The Detroit News)

I can only imagine what this Escape Hybrid has been through, and I admire its durability. No, not the interior which looks like it hosted a party of 6-year-olds. The ripped seats are patched with tape. The controller-knob graphics are worn to nothing. The driver’s-side visor kept dropping into my face. The driver’s-door window didn’t work, the radio wheezed and the interior had more rattles than a haunted house.

But the hybrid drivetrain was healthy as horse. This is remarkable because we all suspect that car batteries will one day expire like our phones.

Nope. Ford confirmed that the 400,000-mile drivetrain contained the original nickel-metal hydride battery mated to a 2.5-liter 4-cylinder engine and continuously variable transmission. Indeed, the combination of low-end electric-motor torque and smooth CVT shifting made for a drivetrain that had no business being competent after nearly half-a-million miles on Gotham roads. 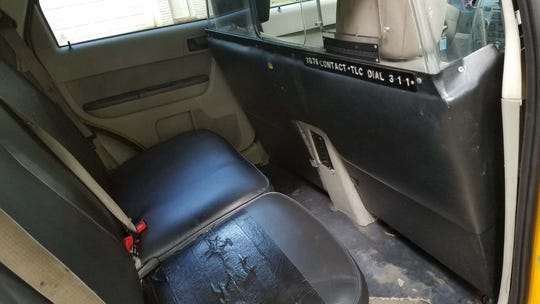 The back seat of the 2012 Ford Escape Hybrid NYC Taxi had seen some wear over 400k miles. (Photo: Henry Payne, The Detroit News)

Alas, this reliability had little effect on the Escape Hybrid’s sales durability. After debuting to media acclaim – it won the 2006 North American Car of the Year – Escape Hybrid sales dropped by 60% by 2012 even as the Escape overall achieved record sales. With a whopping $9,000 premium over a comparable gas-powered model, not even government subsidies could make up the difference

A 2006 Roadshow review foreshadowed the steep hill Escape Hybrid had to climb: “Commanding a serious premium over a comparable gas-powered Ford Escape, our front-wheel-drive 2006 Ford Escape Hybrid came in at $31,080. At this list price, the Escape Hybrid runs into a lot of competition, and the novelty and reduced consumption for its size may not be enough to make it a winner.”

But the argument for the Ford Escape Hybrid as a taxi (or Uber as we say these days) is much more compelling. Especially with Ford’s upgrade to lithium-ion batteries in its most recent Fusion Hybrid and subsequent narrowing of the hybrid price premium.

Driving an average of 10,000 miles a year, a normal Fusion hybrid owner would take 10 years to make up that $5,000 premium at current $3-a-gallon gas prices. But cabbies aren’t average.

No wonder so many Uber drivers tell me they are looking at hybrids. They’re economical – even compared to EVs which may never require a visit to the filling station, but need constant charging. Not so the gas hybrid.

The beauty of hybrid taxi-nomics is they just make sense, which means manufacturers shouldn’t have to rely on cockamamie political schemes to sell them.

That was not always the case. The nickel-hydride battery in the 2012 hybrid cab only delivered about 28% better fuel economy compared to Escape’s standard 2.5-liter mill. So it didn’t make up the $9,000 premium on my Ford Hybrid taxi until, well – last year. That’s a long time. 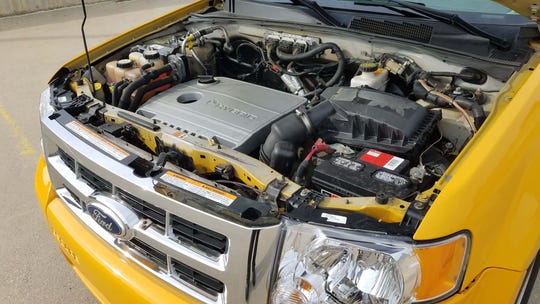 We’ll see if the new Escape Hybrid lives up to its potential.

In the meantime, I didn’t do the 2012 taxi any favors by taking it through the streets of Detroit. An NYC-mobile with 400,000 miles on its bod deserves to retire to Florida like other senior citizens.

But I put the ol’ boy to work up and down the Lodge and I-75 and then up Woodward to visit Ford’s birthplace at the Highland Park factory. It was about a century ago, of course, that Henry’s gas engine defeated the electric vehicles of the time on cost and practicality.

A century later, Ford is betting battery power can compete with the gas engine. At least we know the battery can last as long as its gas engine. 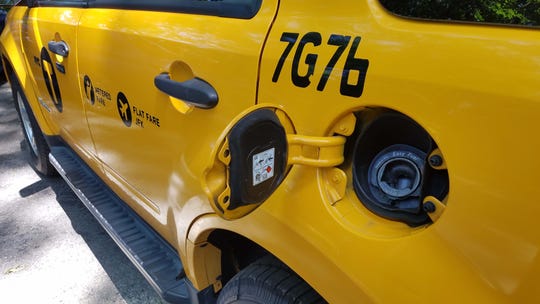 Fill 'er up. Though hybrid engines are out of favor with governments these days, the gas engine is crucial to extended operation with easy access to gas infrastructure. Pure EVs have little charging infrastructure. (Photo: Henry Payne, The Detroit News)