The wait for the new Ford Bronco is almost over; 2021 model of iconic nameplate to debut in July

The wait for the new Ford Bronco is almost over; 2021 model of iconic nameplate to debut in July

Dearborn — Ford Motor Co. is adding fuel to anticipation for the Bronco, the iconic nameplate it is resurrecting after nearly 25 years: the automaker will debut the 2021 SUV in July.

Mike Levine, Ford's product communications manager, revealed the news in a Twitter post Thursday morning and confirmed it to The Detroit News. Ford also updated the Bronco page on its website. 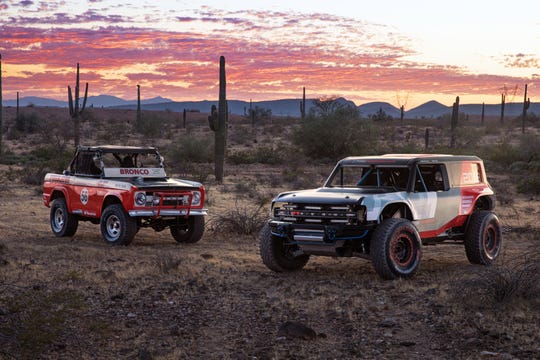 The debut of the Ford Bronco SUV had been delayed by the coronavirus pandemic. Here's a Bronco R in the desert last year. (Photo: Ford)

Retired in 1996, the off-road SUV is being resurrected in an age when America is buying all things utility — and at a time when Ford is remaking itself as an SUV brand. Ford is in the process of discontinuing all its sedans in the U.S. market. The Bronco will compete head-to-head with the Jeep Wrangler, which has become a runaway best-seller in the U.S. market with over 225,000 vehicles sold in 2019.

So. This is happening. pic.twitter.com/YwNk4R4y9s

The remade Bronco will be available in two- and four-door variants, and will return to the cute ute’s compact roots when it was produced as a wee two-door from 1966-77. According to spy shots, the Bronco will feature a retro-look with round headlights and a boxy body. Unlike the old Bronco, however, the new kid is expected to be stuffed with the latest electronic gizmos and interior features and should be available starting in the low $30,000 range.

The Bronco will share the small Ranger pickup platform — not the Ford F-150, as the last Bronco made in 1996 did — as well as its engines. Like the Wrangler, the Bronco will feature removable body panels so that drivers can get close to nature.

The logo for the upcoming Ford Bronco. (Photo: Ford)

Prior to the eight-week industry-wide automotive production shutdown because of the coronavirus pandemic, Ford had been targeting a spring 2020 debut. This is the most specific the automaker has been about the timing of the reveal.

Anticipation for the debut has been building for years; Ford confirmed at the 2017 Detroit auto show that the vehicle would be making a comeback.

"I'm thrilled beyond belief. ... It's been the worst-kept secret for all these years, and it’s a product we’ve missed for a long time," said Doug North, president of the North Brothers Ford dealership in Westland. 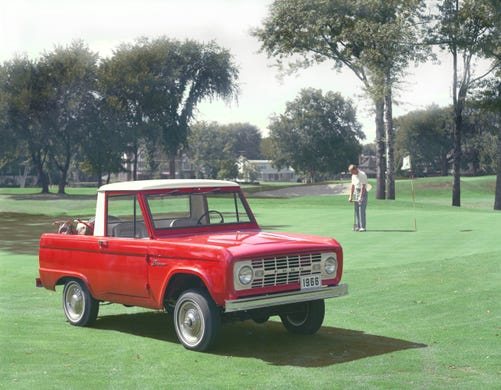 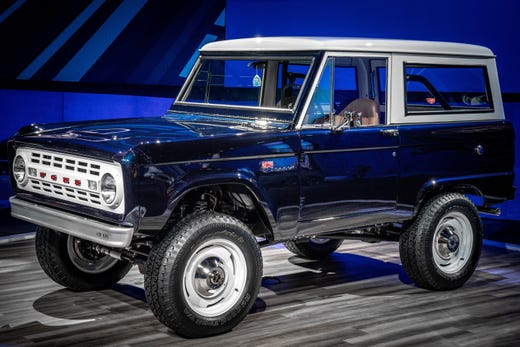 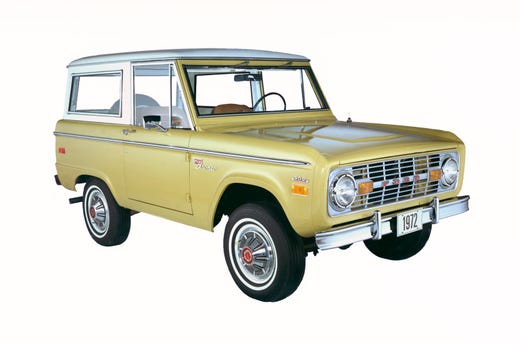 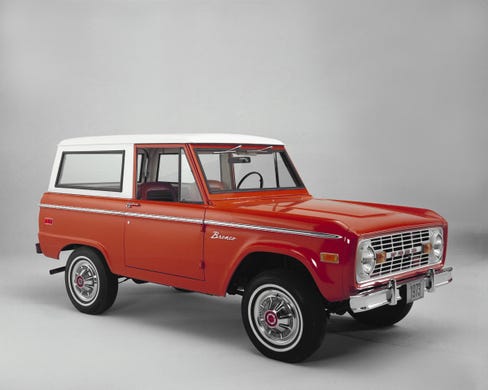 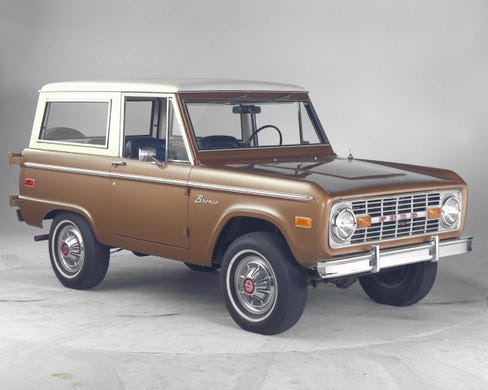 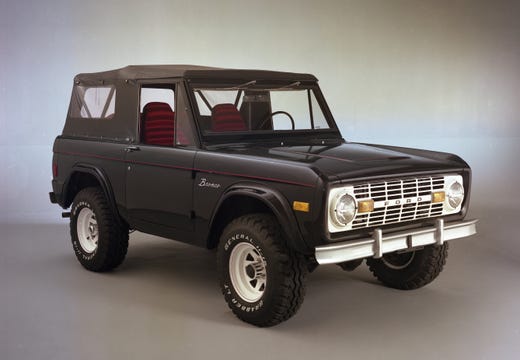 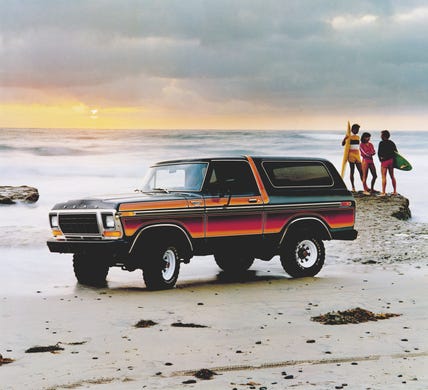 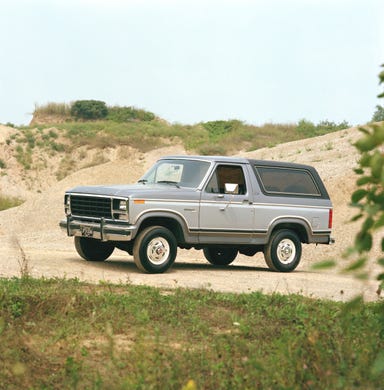 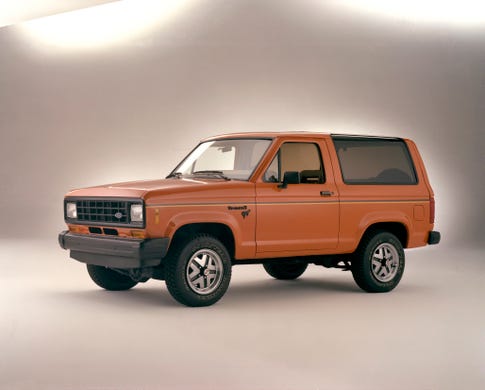 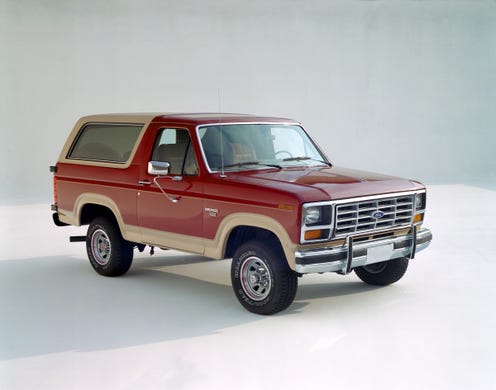 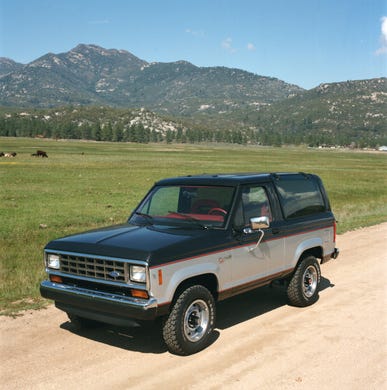 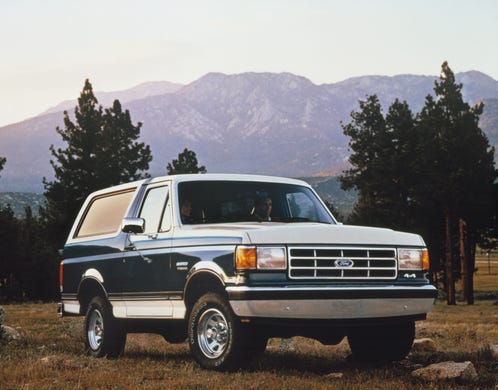 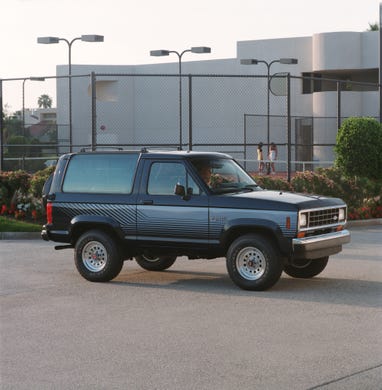 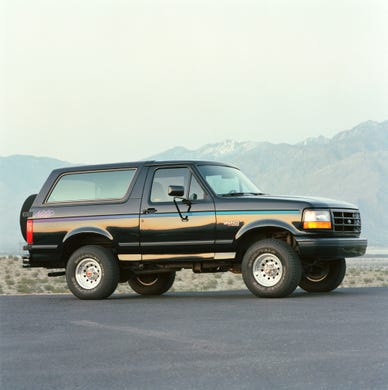 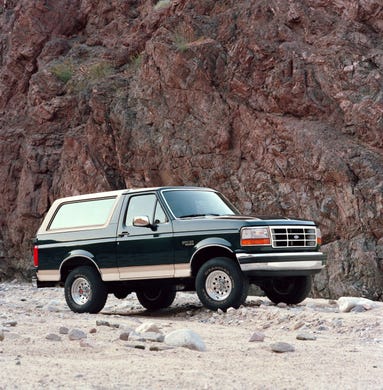 North and dealership employees hear about the new Bronco "from everyone: Customers. Former customers. Bronco enthusiasts." And North is excited to be adding a true off-road vehicle to the lineup of other Ford SUVs and trucks he sells.

He and other Ford dealers got a sneak preview of Bronco production models at a car show last fall, and he’s kept up with some of the unofficial leaked images. He likes what he sees: "It looks fantastic, and it’s stayed true to its original DNA."

North hasn’t been able to place an order for the Bronco yet but is eager for the chance to do so: "It can’t get here soon enough."

It will be built at Ford’s Michigan Assembly Plant in Wayne, the only plant where the Bronco has ever been built. The vehicle, Ford’s original SUV, was in production for 30 years before it was discontinued.

It gained notoriety in 1994, when millions of Americans watched police chase football legend O.J. Simpson as he drove a white Bronco down a Los Angeles freeway amid murder charges in connection with the deaths of his ex-wife and her friend.

But for many auto enthusiasts, the Bronco brings back memories of riding in the SUV with their parents or grandparents. Over the years, the vehicle has attracted what some describe as a cult-like following of fans who collect discontinued model years and hope the new Bronco has the same rugged character that drew them to the older vehicles.

As for the exact timing and method of the debut, Levine said observers will have to wait to find out more: "We’ll share more details when we get closer."