Judges to decide if VW cases will be heard in Detroit

Judges to decide if VW cases will be heard in Detroit 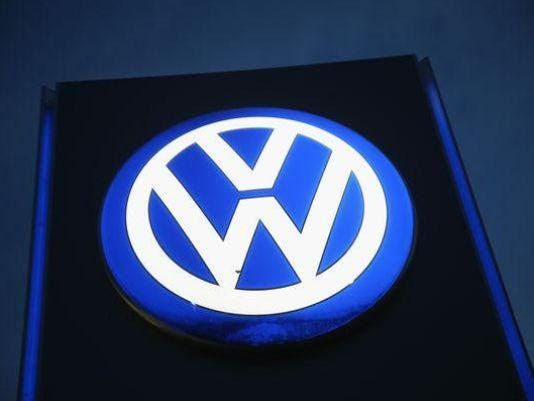 A panel of judges is meeting Thursday in New Orleans to hear arguments about which federal court should oversee the flurry of civil lawsuits being filed against Volkswagen AG over its emissions-cheating scandal.

Some plaintiffs are advocating for the cases to be transferred to Detroit, where lawyers say the court and Chief Judge Gerald E. Rosen are experienced in complex and automobile litigation. The area is home to a high concentration of automotive engineering experts and institutions likely to play a role in the proceedings.

Other venues under consideration include Virginia, where VW has its U.S. headquarters in Herndon; and New Jersey, where VW is incorporated and has technical offices.

Lawyers are also arguing for the cases to be consolidated in California, Texas, Ohio, New York and Georgia, among other locales.

Nearly 500 class-action lawsuits are pending in federal courts nationwide against VW, including at least 50 in U.S. District Court in Detroit, stemming from the automaker’s admission that it illegally installed “defeat devices” on more than 482,000 diesel cars in the United States and 11 million worldwide.

The flood of cases followed the Sept. 18 announcement of air-quality violations by the Environmental Protection Agency and California Air Resources Board. Testing by the EPA, California and Canada is ongoing.

The panel in New Orleans decides when and where to centralize civil cases pending in federal courts around the country that involve similar questions of fact. Those cases are then transferred and consolidated for purposes of pretrial proceedings, both to avoid unnecessary duplication of documents production and resources, and to avoid conflicting rulings on pretrial matters.

Attorneys for VW filed a brief with the court, urging that the “tidal wave” of duplicative cases be transferred either to Detroit or the Eastern District of Virginia.

VW has two top preferences: Virginia and Detroit. The automaker says it maintains a “substantial presence” in Metro Detroit, where it had its headquarters from 1991 to 2008.

The Department of Justice also weighed in in favor of Detroit, arguing that it’s geographically closest to the conduct that prompted the litigation.

The EPA’s vehicle-emissions testing lab, which certifies vehicles for U.S. sales, is located in Ann Arbor. VW’s environmental and engineering office in Auburn Hills is responsible for submitting the company’s applications for certification to the EPA.

Therefore, VW’s “misrepresentations to, and deception of” the EPA regarding VW’s applications for certification occurred in the Eastern District of Michigan, according to the government’s lawyers. Also, EPA has said it will evaluate any proposed fixes by VW at its offices in Ann Arbor.

Plaintiffs attorney Charles S. Zimmerman in Minneapolis told the court that Detroit is the center of the auto industry, and “no other venue is likely to possess greater interest or connection to the litigation outside of Germany,” where VW is based.

“Naturally, the Motor City’s federal court is a subject-matter expert in automotive litigation, a trait mirrored by its chief judge, the Hon. Gerald E. Rosen,” Zimmerman wrote in his brief.

A brief by E. Powell Miller, a Rochester attorney representing VW vehicle owners, says the majority of witnesses and evidence are in Michigan, including VW’s engineering records related to vehicle design. VW has more non-factory employees in the Detroit area than anywhere else in the U.S., he says.

Miller also notes that Robert Bosch GmbH, which supplied the software for the engines at issue, is headquartered in Farmington Hills, with technical offices nearby in Plymouth. Bosch has been named in a defendant in several lawsuits.

The U.S. Attorney’s Office in Detroit is part of the federal investigation that is being led by the Justice Department’s Environment and Natural Resources Division, and the Detroit division of the FBI is conducting a related criminal inquiry of VW’s actions.

“The indisputable facts establish that all roads lead to the Eastern District of Michigan as the center of gravity for this litigation,” Miller writes.

Robert C. Hilliard, another attorney for VW vehicle owners, is pushing for the cases to be consolidated in the Southern District of Texas, where he is based. Arguments over convenience of location and high concentrations of cases are artificial, he said.

Venue “is not going to cause the defendant to capitulate to that location for depositions,” Hilliard said. “The only reasons that should be considered are the quality of the court, and the quality of the location, because the (lead attorneys) spend a lot of that time in that area for years.”

The panel’s decision on venue is expected within a week.