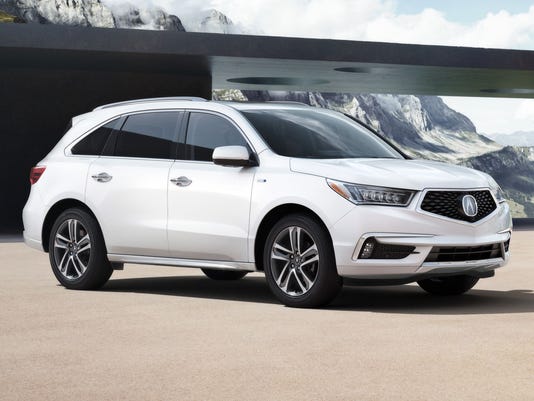 New York — The 2017 Acura MDX made its world debut Wednesday at the New York auto show to become the first vehicle in the brand’s lineup to sport a new diamond pentagon grille.

The prominent grille was first seen as “the new face of Acura” on the critically acclaimed Acura Precision Concept that debuted in January at the Detroit auto show.

The refreshed luxury mid-size SUV integrates the grille with a more sharply sculpted hood, front fascia and front fenders, and “jewel-eye” headlights. There are several active safety and convenience features as well as a new hybrid model.

“These changes will continue to advance MDX’s competitiveness and its legacy as the best-selling three-row luxury SUV of all time,” said John Mendel, executive vice president of American Honda Motor Co.

The 2017 MDX is slated to go on sale nationwide this summer and will be joined by the MDX Sport Hybrid later in the year.

Acura said the MDX Sport Hybrid will be powered by a 3.0-liter V-6 engine with variable cylinder management mated to a 7-speed dual clutch transmission and ups fuel economy 26 combined miles per gallon, including an estimated 7-mpg city fuel economy rating increase over the non-hybrid model. 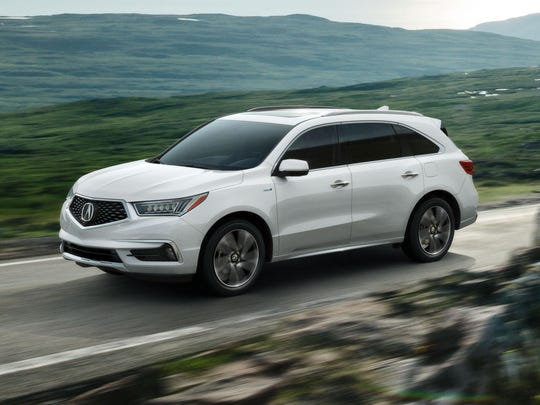 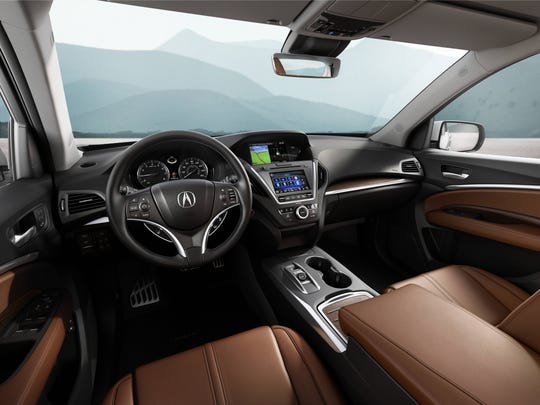 All 2017 MDX also will come standard with Acura’s suite of advanced safety and driver-assistive technology that it calls “AcuraWatch.” 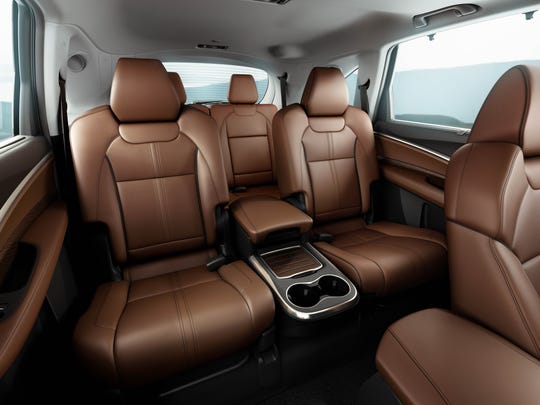 The MDX — produced in Alabama — is the Honda Motor Co. luxury brand’s best-selling SUV, with sales topping 50,000 units in each of the past three years.

In early 2017, an additional production source for MDX will be added at the East Liberty, Ohio, auto plant.