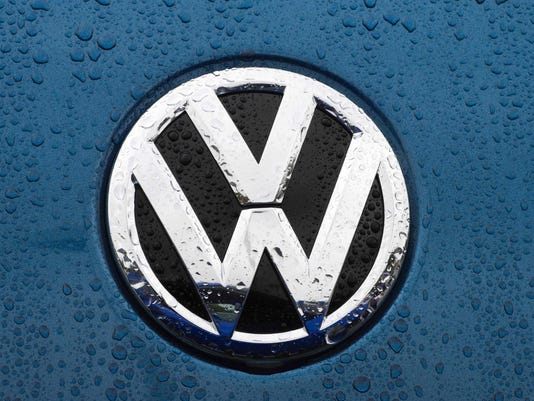 German automaker Volkswagen saw its net profit fall 19 percent in the first three months of the year — but showed it can still make money even as it grapples with a costly scandal over cars rigged to cheat on diesel emissions tests.(Photo: Paul J. Richards / Getty Images)

Frankfurt, Germany — German automaker Volkswagen saw its net profit fall 19 percent in the first three months of the year — but showed it can still make money even as it grapples with a costly scandal over cars rigged to cheat on diesel emissions tests.

The company called it a “respectable” result considering the tough conditions and said it had the financial resources to weather the scandal.

The flagship Volkswagen brand, the one most associated with the scandal and with the most rigged cars, barely broke even. The company made most of its profits at its luxury brands Audi and Porsche and the financial services branch.

Profits in the January-March period fell to 2.37 billion euros ($2.63 billion) from 2.93 billion euros a year earlier, the company said Tuesday. The figure fell short of the 2.44 billion euros expected by analysts surveyed by financial information provider FactSet. Revenue fell 3.4 percent to 50.96 billion euros due in part to shifts in currency exchange rates.

Still, the company reported it had bulked up on its cash reserves and said it was well-funded to deal with the effects of the scandal, which include costs for recalls, fines and lawsuits. The automotive division was sitting on 26 billion euros in net liquidity, up 5 billion from a year ago. Tuesday’s earnings release contained no new estimate of the overall cost of the scandal; the company set aside 16.2 billion euros from earnings last year, when it lost 1.4 billion euros.

CEO Matthias Mueller said in a statement that the company “managed to limit the economic effects of the diesel issue and achieve respectable results under difficult conditions.”

The company’s ordinary shares traded down 1.7 percent at 135.65 euros in afternoon trading in Europe.

Christian Stadler, a professor of strategic management at the Warwick Business School in Britain, said in an email that a fall in profit was to be expected, “but the real story is that the company still makes profits.”

“What becomes more and more obvious is that the emissions scandal is costly, but far from life-threatening for Volkswagen.”

The effects of the scandal were seen most strongly at the Volkswagen brand, which made only 73 million euros in the quarter, down from 514 million euros a year earlier. That left a bare operating margin of only 0.3 percent.

Earnings and profit margins were supported by luxury brand Audi, typically a pillar of the company’s profits. Operating profit there fell slightly to 1.3 billion euros from 1.4 billion euros a year earlier. Audi was the biggest single contributor to company operating profit. But it saw its profit margin, a key indicator for investors, fall to 9.0 percent from 9.7 percent in the first quarter of 2015.

Things went better at the Porsche brand. Operating profits, which exclude financial items such as interest and taxes, rose 14 percent to 895 million euros. The sportscar and luxury SUV division turned in a fat profit margin of 16.6 percent, up from 15.1 percent.

The company also faced plummeting sales in Russia and Brazil due to those countries’ troubled economies. Sales fell 35 percent in Russia, which has seen its currency dive along with the price of oil, and 17 percent in Brazil, which is in a deep recession.

Volkswagen, based in Wolfsburg, Germany, faces heavy costs recalling and fixing cars that are equipped with engine-control software that could detect when a car was on a test stand and turned off the emissions controls during everyday driving.

The company has reached a tentative agreement in federal court in San Francisco with U.S. authorities, who first uncovered the cheating, to buy back or repair some 500,000 vehicles. Volkswagen, the U.S. Department of Justice and attorneys for Volkswagen owners have until June 21 to file a final settlement with the court.

The longer-term threat to the company’s business would be tougher emissions regulation that could make diesels more costly compared to gasoline-powered cars in Europe. Even without rigged software, diesels — by Volkswagen or other carmakers — often emit more pollutants in daily driving than indicated in tests, an issue that has come into focus thanks to the Volkswagen scandal. The emissions cheating dismayed environmentally customers but did not present a safety hazard for drivers and in fact enhanced the car’s performance.

The company reaffirmed its forecast for the full year, saying that it expects sales revenue to fall 5 percent for all of this year compared to 2015.