On a new electric architecture that shares the suspension with the 2017 Jaguar F-PACE crossover, the all-electric I-PACE concept sport utility will be the first direct competition to Tesla’s gull-winged, six-figure-priced EV rocket. The I-PACE was introduced Monday night ahead of the Los Angeles Auto Show, but executives say it’s a close approximation of the production version due to hit shelves in late 2018.

The iconic British performance car manufacturer bills the I-PACE as a “five-seat sports car and a performance SUV in one.”

While the Jaguar bears the familiar design cues — large grille, slated headlights and muscular hips — of its carbon-fueled stablemates, the I-PACE cabin is moved well-forward because there is no engine up front.

Combined with a more open cabin design — courtesy of its huge, 90 kWh battery in the floor — the I-PACE promises big interior volume numbers to go with its big performance figures. Jaguar estimates its range at 220 miles on a single charge. With 400 horsepower and whopping 516 pound-feet of torque on tap, the vehicle is expected to zip from zero-60 in just four seconds. 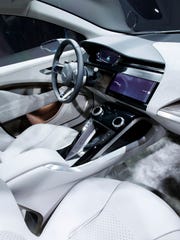 Jaguar says its experience in the all-electric Formula E racing series has trickled down into the development of the I-PACE’s all-wheel-drive, electric-motor drivetrain. The brand also promises an innovative, “flightdeck” cockpit with gearshift buttons and three screens. 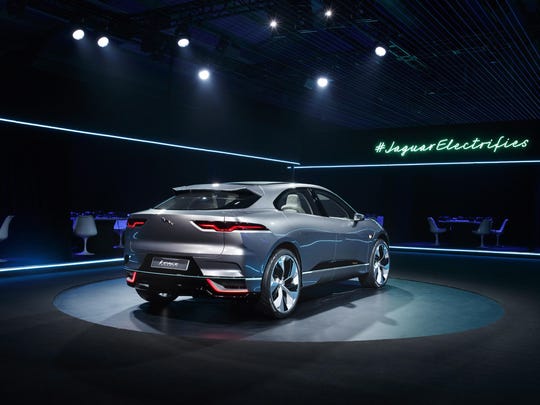 Customers can register at jaguarusa.com to get in line for their I-PACE.