Departures come as North American International Auto Show pushes to stay not only relevant, but vital 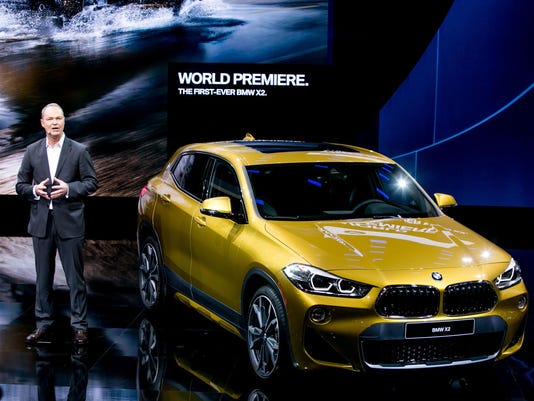 BMW is the latest automaker to bow out of the Detroit auto show, just weeks after officials confirmed they were considering moving the show to October after 2019.

The German automaker said Friday it won’t be back next year. The announcement follows rival Mercedes-Benz’s decision, confirmed a little more than a month ago, that it would not return next year to what had long been considered a must-do on the global auto show circuit.

The departure of two of Germany’s three global auto industry heavyweights comes as North American International Auto Show officials are pushing to keep their event not only relevant, but vital — even if that means moving the annual show to the fall, changing its name or both.

Once seen as the annual “kick-off” to auto show season, the Detroit confab now is preceded by CES in Las Vegas. That’s the technology show where automakers spend executive time and company resources to show Silicon Valley types and the tech press that manufacturers can be technology companies, too.

BMW’s plan to exit the Detroit show was first reported by Forbes. Auto show officials declined to comment Friday even as BMW and show officials did not respond to requests for details on the exact size of BMW’s exhibit.

The two major global brands filled significant space on the showroom floor, industry analysts said, near the entrances from the Cobo Center concourse. One possible consequence of the exits of BMW and Mercedes: fewer press conferences and vehicle debuts at the Detroit show.

“In 2018, the show floor looked noticeably less crowded than it has in the past which points to how automakers are increasingly more discerning about where they spend their marketing dollars,” said Jessica Caldwell, analyst with Edmunds. “All auto shows — even Detroit — have to prove that they can bring in the consumers which will ultimately justify the high costs incurred in order to participate.”

The absence of the two German mega-brands could make the show less attractive to international media, whose members might opt to skip a Detroit show bereft of European luxury brands like BMW and Mercedes, Jaguar and Land Rover, said Michelle Krebs, analyst with Cox Automotive.

“Once Mercedes made its announcement, it isn’t surprising others withdrew,” she said. “All auto shows are trying to figure out next steps. Some automakers think ‘Why should I do a big splash at a show when I’m trying to be heard through the clutter of all my competitors?’ ”

BMW will leave a prime spot on the show room floor near one of the main entrances. The automaker typically reserved its most glamorous cars for the Detroit show. For 2018, the automaker rolled out the rambunctious X2 as the newest new member of BMW’s growing SUV family.

The BMW decision comes just three weeks after Detroit show officials said they might move the Detroit auto show to October. The event is currently held every January.

“This decision was made as BMW Group is constantly examining our presence at trade shows and other engagements, while, at the same time, also exploring alternative platforms and formats,” BMW spokesman Phil Dilanni said in a statement. “The overall goal is to communicate our ideas and plans regarding future mobility in the best way and achieve the greatest possible visibility for our products, technologies and innovations.”

Show officials are struggling to please both consumers and automakers, Krebs said. A January show gives them a big event to attend in the middle of winter. But the timing isn’t ideal for the companies paying to participate.

“It’s a good idea to move the show to a date with better weather, but that won't be enough to make the show the industry’s ‘must attend’ event,” said Erik Gordon, a professor at the University of Michigan’s Ross School of Business. “Making the show smaller and cheaper just makes it cheaper and smaller.

“The show has to remake itself into the place where companies reveal their take on the future of mobility. People are bored with 1964 World’s Fair-style booths. They want to see the brands and technologies that are leading the way into tech-driven future of the industry.”

Talks about moving the 2020 show to October are “more in-depth,” driven by such factors as the city’s downtown resurgence and greater demand for outdoor demonstrations of self-driving cars, he previously told The News.

A potential name change for the annual Detroit rite has been under discussion for years, Alberts said, and talks have continued as the city’s revival gains both traction and credibility. The show rebranded in 1989 as the North American International Auto Show to broaden its global appeal.

“We’re talking (about the name), but that’s a separate decision from the move,” Alberts told The News in a March interview. “With a consideration of a date change, all things are being considered.”

The Detroit auto show has been competing with CES, the technology showcase held in Las Vegas the week before the Detroit auto show for the past few years. The Detroit show even moved back a week this year so as not to conflict with the tech show as more automotive companies — carmakers and suppliers alike — chose to make a big showing in Vegas.

BMW is just the latest in a growing list of foreign and luxury brands to pull out of the Detroit show. Porsche, Volvo, Land Rover, Jaguar and Mazda also no longer attend.