Terms of settlement to be announced on 80K VW diesels 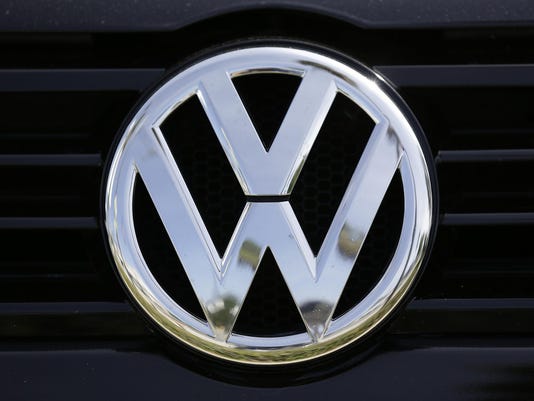 A court in San Francisco announced Tuesday that Volkswagen has reached an agreement with federal regulators to fix or buy back the remaining 80,000 of its diesel vehicles that were rigged to cheat U.S. emission standards. The deal covers 3-liter diesel cars that were not included in an earlier $14.7 billion settlement.(Photo: Damian Dovarganes / AP)

Washington — Volkswagen has reached an agreement with federal regulators to spend about $1 billion to fix or buy back the remaining 80,000 of its diesel vehicles that were rigged to cheat U.S. emission standards and boost federal spending on environmental protections.

The deal, which was announced by U.S. District Judge Charles Breyer in a San Francisco court hearing on Tuesday, covers 3-liter diesel cars that were not included in an earlier $14.7 billion settlement between Volkswagen and U.S. regulators that covered about 475,000 2-liter diesel vehicles.

Officials with the U.S. Environmental Protection Agency estimated Wednesday afternoon that the settlement would require Volkswagen to spend $750 million on buying back and fixing the 80,000 diesel vehicles that are included in the deal. The new agreement calls for Volkswagen to put another $225 million into a federal environmental mitigation trust fund, in addition to the $2.7 billion the German automaker was required to pay into the fund under the previous 2-liter deal.

VW has also agreed to a separate settlement with California that requires it to pay $25 million to the California Air Resources Board to support efforts to boost the use of zero-emissions vehicles by July 1, 2017.

Assistant Attorney General John Cruden said the new 3-liter settlement between U.S. regulators and Volkswagen “marks another significant step in holding Volkswagen accountable for cheating Americans out of the promise of cleaner air by selling vehicles equipped with defeat devices.

“This consent decree provides a remedy for every affected vehicle which will be removed from the road or meet enforceable standards that will reduce emissions, and will also require VW to provide additional funding to address the harmful impacts to human health and the environment from VW’s violations,” he said in a statement.

Volkswagen spokeswoman Jeannine Ginivan said in an email, “The agreement announced by the Court today between Volkswagen and environmental regulators regarding 3.0L TDI V6 vehicles in the United States is another important step forward in our efforts to make things right for our customers.”

Ginivan said Volkswagen has also reached agreement with the court-appointed Plaintiffs’ Steering Committee “on substantial aspects of the monetary relief that eligible owners and lessees would receive, and the parties are working to resolve the remaining issues.”

Volkswagen has admitted to programming its diesel cars to trick emissions testers into believing the engines released far less pollution into the air than they actually do, in violation of the federal Clean Air Act. Regulators have said that in normal driving they emitted up to 40 times more smog-causing nitrogen oxide than the legal limit.

The 3-liter agreement follows an earlier settlement that calls for Volkswagen to spend about $10 billion to fix or buy back about 475,000 polluting 2-liter vehicles as a part of a $14.7 billion deal between regulators and the beleaguered German automakers. Under that earlier agreement, Volkswagen will compensate owners who purchased 2.0-liter diesels before September 2015 with payments of $5,100 to $10,000, depending on the age of the car.

The beleaguered German automaker was first accused by the EPA in September 2015 of selling diesels for years with software that activated required air pollution equipment only during emissions tests. They had been marketed as “clean diesels” for the company’s Volkswagen, Audi and Porsche brands between 2008 and 2015.

Ginivan said Tuesday that VW is “committed to earning back the trust of all our stakeholders and thank our customers and dealers for their patience as the process moves forward.”