The trucks, slated to go into production in 2018, will be built at Navistar’s Springfield, Ohio, plant 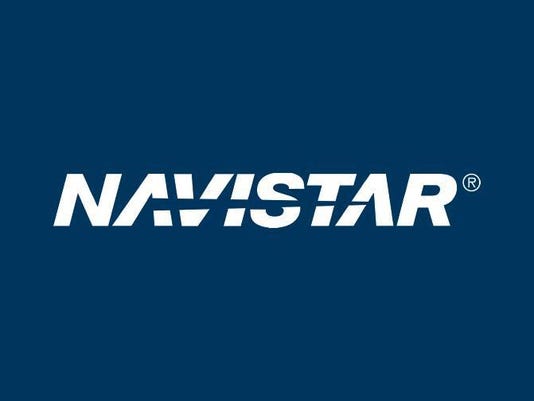 The Class 4/5 trucks will be built at Navistar’s plant in Springfield, Ohio, and are expected to go into production in 2018. GM said Navistar will add 300 jobs and invest $12 million to upgrade the plant to build the new vehicles.(Photo: Navistar)

General Motors Co. said Wednesday it has entered into a long-term agreement with Navistar International Corp., an Illinois-based producer of trucks, buses and military vehicles, to co-develop and build medium-duty trucks for the automaker.

The Class 4/5 trucks — which are larger versions of a chassis cab pickup with a hood in front — will be built at Navistar’s plant in Springfield, Ohio, and are expected to go into production in 2018. GM said Navistar will add 300 jobs and invest $12 million to upgrade the plant to build the new vehicles.

“Bringing medium-duty conventional cab trucks back into the portfolio strengthens Chevrolet’s commitment to providing commercial customers with more choices and one-stop shopping for a versatile lineup of trucks, vans and crossovers,” said Ed Peper, U.S. vice president of GM Fleet and Commercial Sales, in a statement.

GM shuttered its medium-duty truck business in mid 2009 after it failed to sell the business; it had sought to sell it to both Isuzu and Navistar. The automaker’s medium-duty trucks had been built on a line inside GM’s Flint Truck Assembly Plant; nearly 400 jobs were cut.

In June, GM announced it had reached a deal with Isuzu Motors to produce low cab forward medium-duty trucks that are slated to go on sale next year in the U.S. Six new Chevrolet models will be available based on the Isuzu N-Series.

GM said the new vehicles would be developed using Navistar’s rolling chassis configurations and would include GM commercial components and engines. Terms of the deal were not disclosed and GM said it would announce product information later.

Navistar, in a statement, said the deal will help it enhance its medium-duty portfolio and use its scale.

Earlier this week, the Ohio Tax Credit Authority approved a 60 percent, six-year jobs creation tax credit for the Springfield work, worth $643,000. Navistar’s 300 new jobs are expected to generate $10.4 million in new payroll a year and retain $38 million in existing payroll.