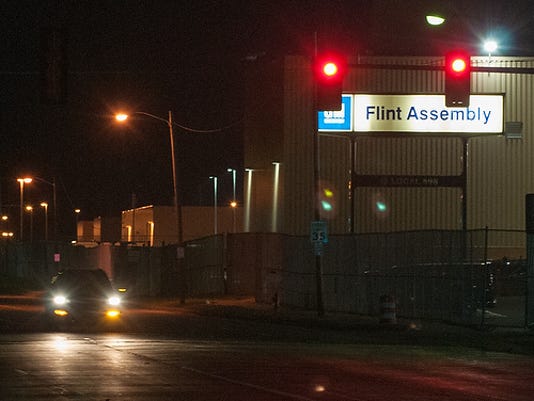 No details of the tentative pact were immediately known. The union will convene Wednesday in Detroit with its leadership team to approve the proposed deal; if that happens, it will be sent to rank-and-file membership for a ratification vote.

“We believe that this agreement will present stable long-term significant wage gains and job security commitments to UAW members now and in the future,” said UAW President Dennis Williams late Sunday. “We look forward to presenting the details of these gains to local union leaders and the membership.”

The tentative agreement, reached at 11:43 p.m. Sunday, comes after the union issued a strike deadline to the Detroit automaker Saturday afternoon.

“The significant gains in this agreement are structured in a way that will provide certainty to our members and create a clear path for all GM employees now and in the future,” said UAW Vice President Cindy Estrada, who called the pact “transformative.”

“The agreement not only rewards UAW-GM members for their accomplishments, but it protects them with significant job security commitments.”

“The new UAW-GM national agreement is good for employees and the business,” said Cathy Clegg, GM North America Manufacturing and Labor Relations vice president. “Working with our UAW partners, we developed constructive solutions that benefit employees and provide flexibility for the company to respond to the needs of the marketplace.”

The negotiations went down to the wire Sunday night.

“It’s sending a message to the membership that we took them to the strike deadline,” said Art Wheaton, a labor expert at Cornell University. “You need to have the membership think, feel and believe you got everything you could.”

This is the first year since 2007 that union members at GM and Fiat Chrysler were capable of striking. The UAW gave up the right to strike for the 2011 talks as a condition of the government bailouts of Chrysler and GM.

While no details of the agreement were revealed, industry analysts expected the union to push for a richer deal for its 52,700 members than it did at Fiat Chrysler Automobiles NV. GM is a financially stronger company and increases in base wages, profit sharing, ratification bonuses and other lump sum payments are all on the table for members, industry insiders say.

GM is far more profitable than Fiat Chrysler and has about half the number of entry-level, or second-tier workers. That makes it important for the Detroit automaker to appease veteran workers, many of whom haven’t had a raise in a decade. GM on Wednesday announced record profits in North America. That means it will be difficult for the company to cry hardship.