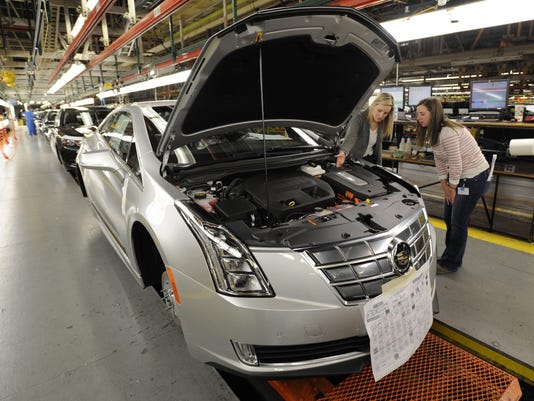 General Motors Co.’s labor costs per vehicle may decline slightly under the proposed four-year contract with its U.S. union that calls for across-the-board raises, according to the Center for Automotive Research.

The deal, which still must be ratified, gives raises to veteran workers that boost pay above $29 an hour and gets the entry-level, or so-called Tier 2 workers, to the same rate over eight years. Even with those increases, GM’s labor costs should be little changed, Ford Motor Co. will see a small increase and Fiat Chrysler Automobiles NV will have the biggest jump, according to a study by the Ann Arbor, Michigan-based research center.

The key to controlling the costs lies in using cheaper temporary workers, some Mexican production and retiring older, higher-paid factory hands over the next four years. Those factors will offset some of the things the Detroit Three carmakers agreed to with the United Auto Workers union, said Kristin Dziczek, director of the center’s Industry and Labor Group.

“The contract is not as expensive as people think because they can use temporary workers and some people will retire,” Dziczek said Friday in a phone interview. “You will have a different workforce in four years.”

GM declined to comment on an external labor cost estimate.