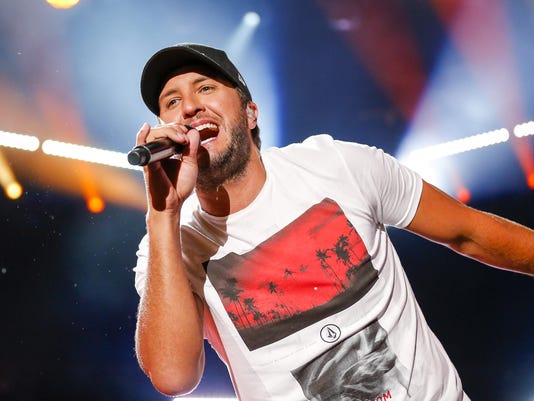 The sponsorship comes after Chevrolet ended its relationship with Michigan rocker Kid Rock last year. GM and Chevy were criticized for sponsoring Kid Rock’s 2015 summer concert series because of the rocker’s past use of the Confederate flag. The brand had also used some of Kid Rock’s music in advertising.

“Chevrolet has enjoyed its relationship with Kid Rock, both sponsoring his 2015 summer concert tour as well as collaborating with him on the creation of his customized 2016 Silverado 3500HD that we displayed at the SEMA show in Las Vegas,” Chevrolet said in a statement. “While our business arrangement concluded at the end of 2015, our relationship remains very positive.”

Last summer, civil rights group National Action Network threatened to protest GM if the automaker didn’t pull its sponsorship of Kid Rocks’ summer tour because of Kid Rock’s past use of the Confederate flag. Group leaders met with Chevy executives and the group decided not to protest GM, though Chevy continued its sponsorship of Kid Rock’s summer concerts. Kid Rock used the American flag in his 2015 summer concerts and had not used the Confederate flag on stage for several years.

The deal with Bryan, the Country Music Association Entertainer of the Year, is for three years. Even before the official deal, Bryan had used his own Chevrolet Silverado on stage in concerts. Bryan will serve as a Chevy brand ambassador and promote not only trucks but the Chevy brand, a spokesman said.

“Partnering with Luke Bryan is a natural fit for Chevrolet,” Paul Edwards, Chevrolet U.S. vice president of marketing, said in a statement. “Our customers love country music, and Chevy has always held a special place within the genre.”

Chevy is among the sponsors for Bryan’s Farm Tour, an eight stop fall tour to rural locations where he performs on farmland for thousands. Part of the ticket proceeds go to the Luke Bryan Farm Tour Scholarship, which provides money to students from farming communities. Chevy teamed up with Bryan earlier this year in February for a Leap Day #DayItForward surprise, bringing lunch to firefighters in Franklin, Tennessee.

Chevy said the partnership will include Bryan posting through his social media. The country music star has 6.99 million Twitter followers.

“Chevy has been a part of our family and a part of our work life on the farm for as long as I can remember.” Bryan said in a statement. “If you were a Bryan, you drove a Chevy. I am so excited about this partnership and I'm honored to be representing such a wonderful brand.”

Bryan’s first album was released in 2007 and he has had 15 singles reach No. 1 on the charts. Bryan has sold nearly 8 million albums, plus 30 million digital tracks from five albums.

Chevy has had relationships in the past with musicians, including as the title sponsor of country singer Brad Paisley’s H20 tour in 2010.