Large sedan is built in Detroit

The 2017 Buick LaCrosse – a quieter, longer, lower and wider car – will begin shipping to dealers next month in a what General Motors Co. knows is a tougher sedan sales environment.

Part of that drop can be attributed to model changeover, but much of it is a slowing of sedan sales in a time of low gasoline prices and shifting preferences for SUVs and trucks.

GM says it sees opportunity to draw in some new buyers as it looks to retain 350,000 LaCrosse owners in the U.S. It expects to win some sales from owners of the Lexus ES 350, Toyota Avalon, Chrysler 300 and Lincoln MKZ. 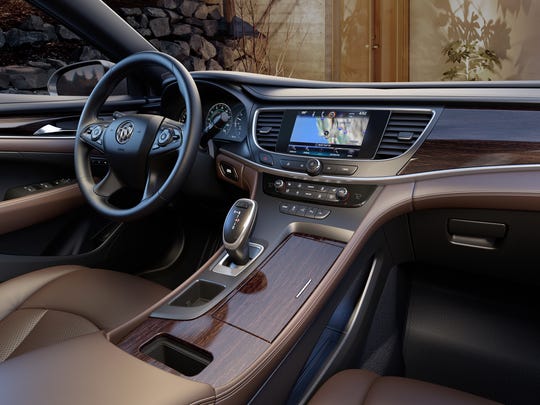 “We will get these new customers from luxury buyers who are looking for better value,” said Buick marketing director Molly Peck. “A lot of our buyers come from midsize move-ups, so people who are currently in a midsize vehicle but are looking for a vehicle with more refinement, more luxury, better drive characteristics and more amenities.”

Peck said while there has been some customer shift to SUVs, many people remain committed to sedans. She said the LaCrosse’s new styling will help attract buyer who say design is a top purchase consideration.

Ron Arnesen, GM executive chief engineer, said the sedan market may slide slightly, but it could rise, too.

“We think it may shrink a little further, but then it’s going to stabilize and depending on fuel prices it could actually increase again,” he said. “There’s also a possibility ... that if the market stabilizes or even continues to shrink, that some people will get out. And if they get out, our plan is to have the best car left.”

The new LaCrosse is equipped with a new 3.6-liter V-6 engine that is paired to a new eight-speed automatic transmission. The Environmental Protection Agency estimates fuel economy at 21 miles per gallon city and 31 mpg highway; for the all-wheel drive models it’s 20 mpg city and 29 mpg highway. The brand is in the process of rolling out seven new or significantly refreshed vehicles by 2018. So far this year it has introduced the Cascada convertible and Envision compact SUV. The LaCrosse is the third debut.

The new LaCrosse is built at the automaker’s Detroit-Hamtramck Assembly Plant. It moved from the Fairfax Assembly Plant in Kansas City, Kansas. 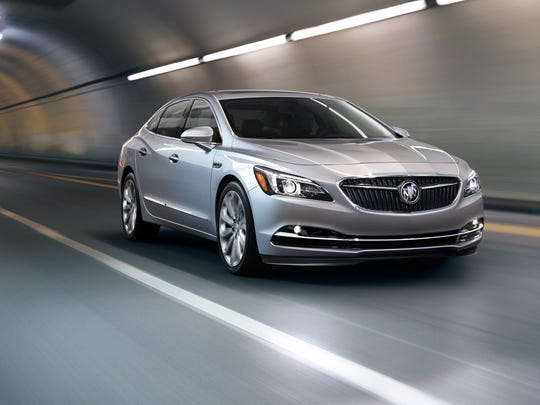