GM thwarts plaintiffs’ $1B accord with old GM trust

GM thwarts plaintiffs’ $1B accord with old GM trust 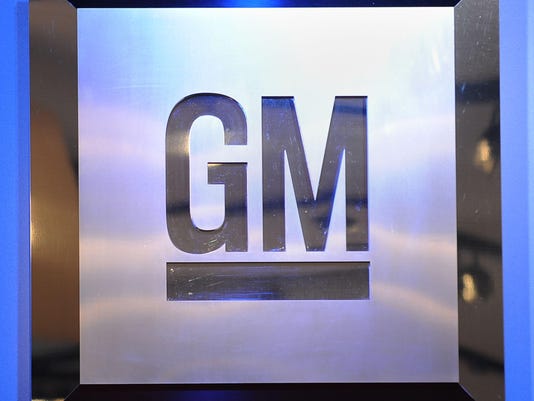 General Motors Co. thwarted a $15 million settlement between the company’s bankruptcy trust and thousands of plaintiffs that would have forced the automaker to contribute $1 billion in stock, prompting claims of a secret plot cooked up behind closed doors.(Photo: Stan Honda / Getty Images)

General Motors Co. thwarted a $15 million settlement between the company’s bankruptcy trust and thousands of plaintiffs that would have forced the automaker to contribute $1 billion in stock, prompting claims of a secret plot cooked up behind closed doors.

The now-derailed deal was intended to resolve hundreds of personal-injury cases stemming from GM’s faulty ignition switches, as well as a class-action suit over millions of vehicles that allegedly lost value due to a series of recalls in 2014. In a letter filed Thursday in U.S. Bankruptcy Court in Manhattan, lawyers for the plaintiffs said GM conspired with the trust to block the accord after GM previously accused the trust and the plaintiffs of engaging in the same behavior in negotiations last week.

GM "undertook a secret, contrived scheme to undermine the settlement agreement through a campaign of threats, intimidation and payoffs," plaintiffs attorney Edward Weisfelner said in the letter, which was dated Wednesday. "At a minimum, it is the pot calling the kettle black."

Detroit-based GM had fumed at the settlement and promised a court fight over what it called a "contrived scheme" to extract the $1 billion in stock. The company has been fighting to move on from the litigation after previously paying at least $870 million to settle claims and an additional $900 million to the Department of Justice to resolve a criminal probe.

GM spokesman Jim Cain said "we are pleased" that the company can continue fighting what it calls bogus personal injury claims in court instead of settling.

"Now the focus can return to where it belongs, which is the merits of the plaintiffs’ remaining claims," he said in an email. "We will demonstrate that those claims lack merit.”

The General Unsecured Creditors Trust said it reached a separate agreement with GM under which the automaker will pay the trust an unspecified sum to cover legal expenses for fighting the claims, according to a separate letter filed Wednesday in court.

"The GUC Trust has decided to resolve this dispute through a proposed settlement agreement with New GM," the trust’s attorney, Matthew J. Williams, said in the letter. The previous talks with plaintiffs "did not result in a final or binding agreement."

The settlement between the plaintiffs and the trust was due to be signed Aug. 15 and discussed at a hearing in bankruptcy court Thursday. Under that deal, the trust would have paid plaintiffs $15 million and accepted $10 billion in previously disputed claims, which would have pushed total approved claims in the case beyond a critical threshold of $35 billion.

That would have triggered a provision of the 2009 bankruptcy sale that would have forced GM to contribute $1 billion in stock to help pay the claims. GM argues the $10 billion figure had no basis in fact, and that the claims are barred because they were filed too late after the bankruptcy.

GM was encouraged to keep fighting the claims after recent court rulings narrowed the types of cases that can survive the litigation. One such ruling in July 2016 found the plaintiffs’ broadest theory of damages as "unprecedented and unsound." GM has also come out on top in a series of test trials in cases over faulty switches that the company didn’t believe were legitimate.