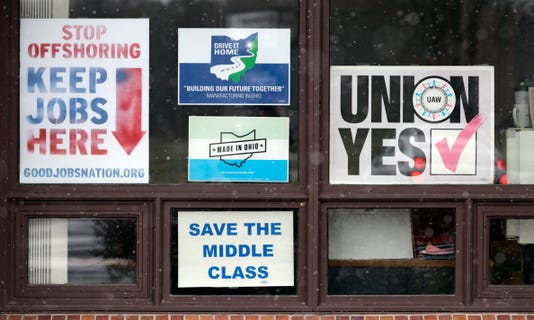 A week ago, GM said it would stagger production-stops at Detroit-Hamtramck, Lordstown, Ohio, Warren Transmission and Baltimore Operations — leaving the facilities "unallocated" at the height of the latest renegotiation of the national GM-UAW contract.

In its restructuring announcement last week, GM was careful to address the affected plants, using the term "unallocated" to indicate that the products currently built at these plants would stop production without anything to immediately replace them. The use of the word "unallocated" deliberately avoids the words "idle or "close," which are explicitly addressed in the 2015 agreement between GM and the UAW.

"Characterizing these plants as 'unallocated' — rather than closed or idled — does nothing to relieve the company of its obligation to comply with the Plant Closing Moratorium," the head of the UAW's GM department, Terry Dittes, wrote in a letter sent to GM's vice president of labor relations, Scott Sandefur, that was obtained by The Detroit News. "We expect the company to honor its commitments and we will use all of our resources to enforce our agreements."

The UAW has said since last week it would challenge GM's plans for the union-represented plants. On Monday the union filed its formal objections to the automaker's proposed actions, even though they would be subject to negotiations in next year's contract talks.

“We have been clear that the UAW will leave no stone unturned and use any and all resources available to us regarding the future of these plants," UAW President Gary Jones said in a statement. "There are issues related to this and to collective bargaining that we cannot discuss in detail at this point. But UAW members across this country are committed to using every means available to us on behalf of our brothers and sisters at Lordstown, Hamtramck, Baltimore and Warren, MI." 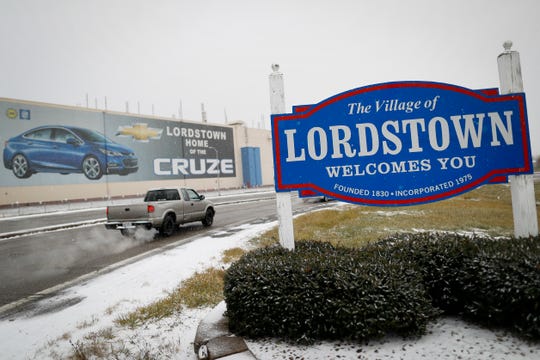 Barra also is expected to meet with some of the Michigan delegation noon Thursday to discuss the two Michigan plants that are scheduled to lose product next year. Incoming freshman House members from Michigan are in Boston this week for training and can't attend the Barra meeting in person. Staffers may sit in on their behalf, aides said.

"We are working on a potential time to hear from Ms. Barra. We are still working out the logistics," said Rep.-elect Elissa Slotkin, D-Holly. "It's been really important for us new members to try and understand what is happening with GM, what the plan is, what their strategic vision is going forward, and how federal policy plays into that."

GM was widely criticized in Washington last week following its restructuring announcement, including a vow from Rep. Debbie Dingell, D-Dearborn, a former GM executive, to rescind her support for the automaker if they continue to import from Mexico.

The union had already accused GM of a longer-term plan to move more production to Mexico, where labor costs are lower. The UAW says GM was hiding behind slowing sedan sales in its restructuring announcement Monday.

"This issue impacting our members, their families, the communities and all of America is much more complicated due to the known fact that GM is a major importer of their brands from China, Canada and Mexico that are sold in the United States," Dittes said in the joint statement with Jones.

GM imports only one vehicle from China, the Buick Envision, and has asked the Trump administration to exempt the lower-volume vehicle from Chinese import tariffs. The automaker imports the Chevrolet Equinox, Trax, and Cruze hatchback and GMC Terrain from Mexico. GM also plans to build the new Chevrolet Blazer at its plant in Ramos, Mexico, a decision that was met with fury by the union.

The Detroit automaker has said it needs to strengthen its core business and improve its free cash flow to position for an emission-free and driverless future. And that will include painful moves like shrinking the salaried workforce and addressing excess plant capacity.