A small craft store in Warren, Ohio, is easy to miss from the street, but for Heather Quinby, it's a glaring symbol of everything she can't outrun 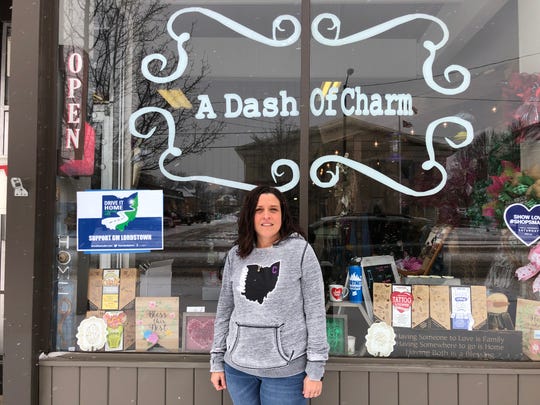 Heather Quinby, a former GM Lordstown employee and current owner of craft store A Dash of Charm in Warren, Ohio, stands in front of her store on High Street on Feb. 19, 2019. (Photo: Nora Naughton, The Detroit News)

Warren, Ohio — A small craft store in the charming downtown here is easy to miss from the street, but for owner Heather Quinby, it's a glaring symbol of everything she can't outrun.

Quinby, 41, worked at the General Motors Co. plant in neighboring Lordstown for 10 years before taking a buyout in July. She opened the store in September as a place for local crafters to display their work without having to follow various craft shows around the state.But two days after the store opened, things started to change.

Quinby's son, Brandon Warnock, took his own life at age 20 on Sept. 24. He was stationed in Virginia with the U.S. Army at the time.

Two months later, GM announced it would indefinitely idle the Lordstown plant, offering transfer opportunities to displaced workers. In addition to cutting down on foot traffic in the store, Quinby says the mass exodus is taking a toll on her personal life.

"Pretty much almost everyone I know is either gone or going," Quinby said, sitting behind the cash register at A Dash of Charm. "It's hard because you work with those people every day, hour upon hour, for years. They become like family. You watch each other's kids grow up, and then all of the sudden it's like 'OK, now there's nobody.'" 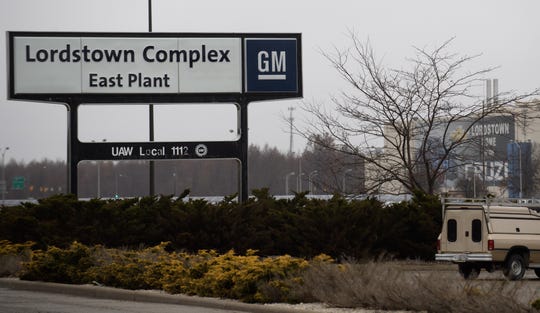 There's an empty seat at the counter next to her. It used to belong to her best friend, who took a transfer to GM's plant in Spring Hill, Tennessee.

"The store is something I’m going to have to figure out," Quinby said. "The last conversation I had with my son was about the store. I got the phone call about my son at the store. This store — with all my girlfriends that moved we built the store."

She paused and looked out at all the glitter and shelves stocked with homemade knick-knacks.