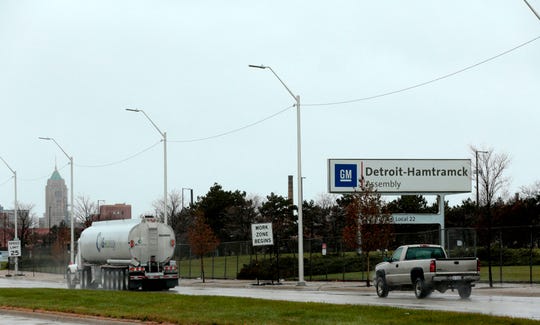 A community meeting will be held Saturday morning in Hamtramck to discuss the potential closing of the Detroit-Hamtramck Assembly Plant. (Photo: Getty Images)

A potential plant closing would cut $850,000 annually from the Hamtramck city budget, the flier says, and $115,000 from schools as a result of the 1,500 jobs that could be eliminated if the GM plant fails to get a reprieve and win new products.

The community meeting, to be held at the Hamtramck Public Library at 2360 Caniff, begins at 9:30 a.m. Saturday.

Detroit-Hamtramck Assembly is one of five GM plants in North America slated to stop production in the coming months. The plant stopped building the Buick LaCrosse and the Chevrolet Volt on Feb. 15 and was originally scheduled to stop all production June 1. But GM last month extended the plant's production of the Cadillac CT6 and Chevrolet Impala through January 2020.

Lordstown Assembly in northeast Ohio was the first GM plant to go dark on March 6 when the last Chevrolet Cruze rolled off the assembly line. Baltimore Operations is scheduled to idle April 1 and Warren Transmission on Aug. 1.

GM's endangered plant in Oshawa, Ontario, which builds the Chevrolet Impala and Cadillac XTS, is scheduled to stop production in the last quarter of this year. Canadian union Unifor said Tuesday it is making progress in negotiating a future for the Ontario plant.