Companies are reacting to avoid being steamrollered by the revolution 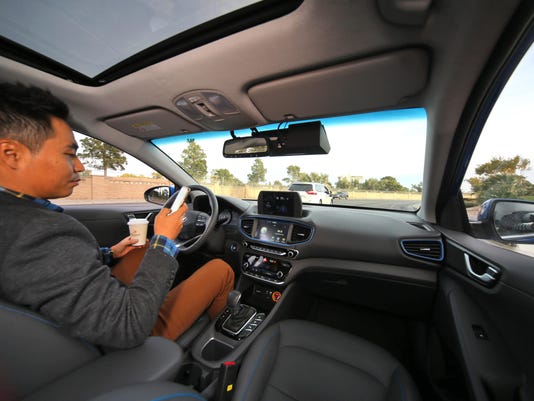 The car industry faces its biggest technological transformation since the automobile was invented more than a century ago, with self-driving systems, wholly battery-powered models and ride-sharing initiatives now at the center of attention. The cosmic overhaul is leaving no manufacturer untouched, and companies are reacting to avoid being steamrollered by the revolution.

The latest example: Continental AG, the German tire and car-parts giant, is in the early stages of exploring options with advisers that could split it into separately listed business, according to people familiar with the matter. The overhaul would give divisions with diverging technologies the resources to focus on their own developments. The marketplace shift will make it harder to make money producing less-advanced mechanical parts as fewer combustion-engine cars are made.

Continental is far from alone. Here are some examples of how the automotive industry is reinventing itself.

Fiat Chrysler Automobiles AG spun off its Ferrari NV supercar division two years ago into a $21.6 billion company, and plans a similar strategy for the Magneti Marelli and Comau parts units. In December, U.S.-U.K. supplier Delphi split into Delphi Technologies Plc, which will focus on gasoline and electric powertrains, and Aptiv Plc, which will develop connected and autonomous cars. Daimler AG is setting up a holding company with the Mercedes-Benz luxury-auto and van nameplate, Daimler Trucks & Buses and financial services as three largely independent units. Autoliv AB is creating separately traded companies for its electronic active-safety operation and its traditional seat-belt and air-bag business.

BMW is reviving development of its “I” electrified-car sub-brand, currently restricted to the i3 battery-powered city car and i8 hybrid sports car. Volkswagen set up the Moia digital division in 2016, focusing it initially on services such as ride-sharing, and plans to roll out the I.D. electric-car lineup by 2020. Mercedes is introducing its battery-powered EQ models at about the same time.