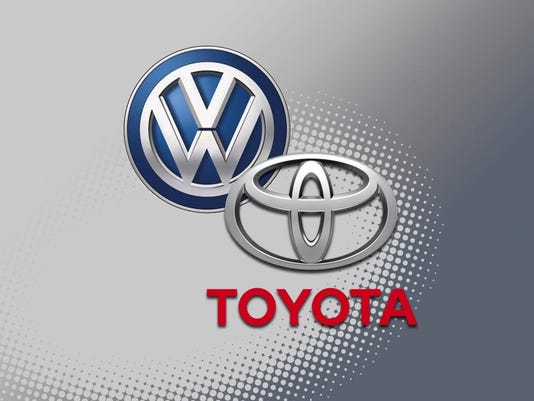 Toyota Motor Corp. announced plans to drop diesel models from its European portfolio this year even as Volkswagen AG, which sparked the fury over the technology, predicts a rebound.(Photo: .)

Toyota Motor Corp. announced plans to drop diesel models from its European portfolio this year even as Volkswagen AG, which sparked the fury over the technology, predicts a rebound.

The diverging views of the world’s two largest automakers reflect the uncertainty over the future of diesel, which has faced a steady drumbeat of bad news since Volkswagen’s cheating scandal erupted in September 2015.

The German auto giant is expecting consumers to forgive and forget soon, as cleaner diesels hit the streets.

“Diesel will see a renaissance in the not-too-distant future because people who drove diesels will realize that it was a very comfortable drive concept,” Chief Executive Officer Matthias Mueller said at the Geneva auto show.

“Once the knowledge that diesels are eco-friendly firms up in people’s minds, then for me there’s no reason not to buy one.”

The comments are bold considering Volkswagen put aside about $30 billion in provisions to cover fines, retrofits and legal costs stemming from rigging diesel-emissions systems to dupe government pollution tests.

The fallout has been wide ranging. Germany is now considering potential bans of diesel vehicles from cities, and governments including China, France and the U.K. have put in place plans to phase out the internal combustion engine.

Consumers have also begun to shun diesel, with its share of German car sales tumbling to a third from half since VW’s cheating scandal.

In contrast to VW’s upbeat prognosis, Toyota is getting rid of diesels in Europe, the main market for the technology.

After refraining from a diesel variant of the C-HR crossover in 2016, Toyota will extend that decision across its portfolio, including offering the redesigned Auris compact with two hybrid powertrains and one turbocharged gasoline engine.

There’s more at stake than consumer choice. European carmakers have been counting on diesel — a profitable and fuel-efficient alternative to gasoline vehicles — to meet tighter environmental regulations until electric cars become more viable.

“We need diesel to get to the CO2 goals,” Herbert Diess, who heads Volkswagen’s namesake mass-market brand, said after presenting the all-electric I.D. Vizzion concept car that’s capable of driving as far as 650 kilometers (404 miles) on a single charge.

While Ford Motor Co. still backs diesel, the technology’s role may be further diminished by tighter environmental rules, as regulators target the fuel’s emissions of smog-causing nitrogen oxides, according to Steven Armstrong, chief of the automaker’s European operations.

“We still see a future for diesel, although on some smaller vehicles I do believe it will progressively disappear,” Armstrong said in an interview with Bloomberg Television.

“We have to work hard to gain consumer trust to make sure they believe the messaging” that new diesels are clean.

Toyota, a pioneer in hybrid technology, has had doubts about diesel’s ability to meet modern environmental rules since 2011, Didier Leroy, executive vice president at Toyota, said in Geneva.

Now, there’s a risk to consumer sentiment, with a “real potential” for driving bans to hit diesel cars in European cities beyond Germany, he said.

While VW and other proponents argue diesel’s merits from a regulatory and technology perspective, it’s uncertain how customers will react to the threat of driving restrictions and falling prices for used vehicles.

“At the end of the day, consumers have the final world,” Carlos Tavares, CEO of PSA Group, the maker of Peugeot, Citroen and Opel vehicles, said in a Bloomberg Television interview. “We have a very clear strategy in terms of multi-energy platforms, which means we can assemble on the same assembly line petrol cars, diesel cars, electric-powered cars.”

German manufacturers like Volkswagen are more exposed to diesel’s demise than European rivals because they make more powerful vehicles. Mercedes-Benz parentDaimler AG said the CO2 emissions of its vehicles rose last year, as buyers traded up to bigger models. The hurdles are only getting tougher.

Carmakers in the EU need to lower fleet emissions to average 95 grams of CO2 per kilometer by 2021, from an average of 118 grams CO2 in 2016. Lower demand for diesel cars – which emit about a fifth less carbon dioxide compared to equivalent gasoline vehicles – could force automakers to aggressively push unprofitable electric cars to meet these targets.

“The rules of the game in the EU in relation to climate protection and emissions goals on CO2 are so challenging that governments cannot do without diesel,” VW’s Mueller said. “We’re doing everything to avoid” coming up short, but “if there’s less diesel, then getting to that goal just gets tougher.”