Lyft filed confidentially for an initial public offering of stock, pulling out ahead of Uber in the race among ride-hailing companies to go public 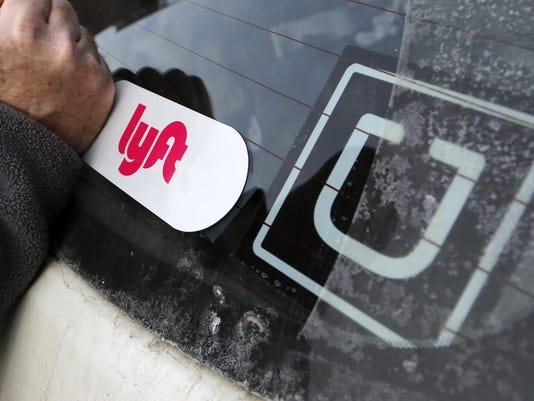 Lyft Inc. filed confidentially for an initial public offering of stock, pulling out ahead of Uber Technologies Inc. in the race among ride-hailing companies to go public.

San Francisco-based Lyft has submitted early-stage documentation for its IPO, according to a statement Thursday. It has not yet determined how many shares it will sell in the listing or the potential price range for the stock.

Ride-hailing companies have attracted billions in venture capital, and 2019 will test whether the money-losing businesses withstand wider investor scrutiny.

Uber is aiming for an IPO in the first half of the year, people familiar with the matter have said. Yandex.Taxi, Russia’s largest ride-hailing service part-owned by Uber, is also looking to list in 2019.

Lyft is working with JPMorgan Chase & Co., Credit Suisse Group AG and Jefferies Financial Group Inc., to lead an IPO possibly as soon as March or April, people familiar with the matter have said. Those banks have pitched valuations for the company ranging from about $18 billion to $30 billion, the people said.

“It’s not surprising that Lyft is going public before Uber because in many ways they are in better shape to go public than Uber is,” said Arun Sundararajan, a professor at New York University’s business school and the author of “The Sharing Economy.”

Lyft is led by its founding CEO, the company has an experienced executive team in place, it has a more focused mission and it’s raised more modest sums of private capital, he said.

Lyft has set lower expectations: Its last private valuation pegged the company’s worth at $15.1 billion. “It’s a much easier path for them to go public because the distance between a reasonable public market valuations and their recent valuation isn’t significant,” Sundararajan said.

Meanwhile, Uber, which Toyota Motor Corp. valued at $76 billion in August, could seek a $120 billion valuation based on bankers’ private presentations to the company.

Lyft’s confidential filing means the Securities and Exchange Commission can review the material and provide feedback before the company publicly files its S-1, which will likely include detailed financial information, risk factors and other material information for prospective investors.

Lyft lost $254 million in the third quarter of last year.

Lyft, founded in 2012, has been building up its executive ranks. Anthony Foxx, the former U.S. Transportation Secretary under President Barack Obama, joined the company in October to help it company navigate new regulatory roadblocks across the U.S. The same month Dan Katz, who was chief of staff at the Transportation Department under Foxx, joined as senior director of public policy.

In June, Lyft announced that it had raised $600 million in a round led by Fidelity Investments at a $15.1 billion valuation. Its investor roster includes Alphabet Inc.’s private-equity arm CapitalG, KKR & Co. and Baillie Gifford.

Co-founded by Logan Green and John Zimmer, Lyft has been battling Uber for drivers and riders across the U.S. While Uber has since expanded globally, Lyft has concentrated on its domestic market.

Both continue to spend heavily on discounts for riders and bonuses for drivers.