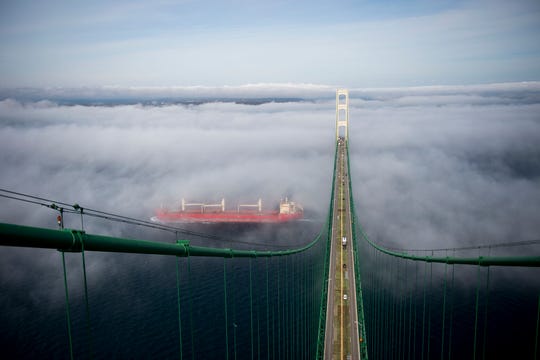 Mackinac Island — Michigan is deep in a public education crisis every bit as threatening to its future as the epic auto and municipal bankruptcies, and remedies may prove even tougher to deliver.

Teachers and the educational establishment know it. Study after study shows it. Parents who pay attention may suspect it. Business leaders dread it, alarmed at the implications for their future talent pool. And insiders say Michigan’s chronic under-achievement in K-12 education is a complicated crisis too many don’t know about.

From wealthy districts in Oakland County to urban ones in Detroit, Flint and Saginaw, educational attainment across the state’s 550 districts increasingly lags rival states, creating a slow-rolling educational emergency that is alarming state business leaders who seed the ranks of their employees with graduates of the state’s public schools.

“There absolutely is an education crisis in Michigan,” says Patti Poppe, CEO of Consumers Energy Co. and chair of this year's Detroit Regional Chamber's Mackinac Policy Conference. “People don’t know about it. People think their school’s fine, but it’s just everybody else. There’s this real false sense of achievement that isn’t grounded in fact.”

A coalition of business leaders, philanthropists, teachers’ unions and civic groups calling itself Launch Michigan is beginning to answer Michigan's continuing delusion with fact: “The data is so overwhelmingly clear that we just can’t overlook it,” Poppe adds. “Roads are visible. How do you know our students are being failed? It’s very murky.”

But it shouldn’t be.

The crisis is hiding in plain sight, the latest challenge to a broad cross-section of leadership that transcends partisan, economic and geographic boundaries. Yet unlike the auto bankruptcies in 2009 or Detroit's Chapter 9 filing four years later, imminent financial collapse is not likely to force reform in Michigan's diffuse K-12 system.

Consensus, however, may — consensus the problem is real, that no single constituency is at fault, that using partisan advantage in the governor's office or the Legislature to score short-term political points is a loser's game. Long-term change is more likely to be driven by the kind of non-partisan consensus that coalesced to help realize the reinvention of Detroit.

More than fixing "the damn roads" or cutting auto insurance rates, reforming K-12 education is emerging here as one of the most critical, long-term policy challenges facing Republicans and Democrats, labor and business, parents and students who may think Michigan is keeping pace.

It isn't. And the metrics are embarrassing — a reality Gov. Gretchen Whitmer implicitly acknowledged Wednesday in her opening remarks at the Mackinac conference in the Grand Hotel: "The leaders can't get the fundamentals right. It can't just be talking about our education system ... and our infrastructure. Please, let's turn talk into action."

In its annual report on Michigan's K-12 system, the Education Trust-Midwest says that on "the state’s current trajectory Michigan is projected to be 45th in the nation for fourth-grade reading — and 37th for eighth-grade math — in 2030.  Rather than becoming a top education state for improvement or performance, Michigan is struggling."

It also found that Michigan chronically under-invests in support for disadvantaged youth; that Michigan ranks in the bottom third for early literacy, an indicator of success in the elementary years; that in eight-grade math, only one in 10 African-American students is proficient and only two in 10 Latinos are proficient.

"As a state, we're not adequately educating our children or most of our children," says Tonya Allen, CEO of the Skillman Foundation and a co-chair of Launch Michigan. "Basically we believe we've been taking a short-term approach and looking for silver bullets, and neither of those approaches is going to work. There is a false sense of security. People think this is happening in the state, but not in my backyard."

Trends going forward are no less encouraging. According to data compiled by Bill Pink, president of Grand Rapids Community College, Michigan will produce more than 300,000 more high school graduates than the state economy is likely to need by 2020, but under-produce the associate's degrees, bachelor's degrees and graduate degrees likely to be in demand.

"It's all of our fault," Pink says, conjuring an all-too-typical reaction: "It's not us, it's them — whoever 'them' would be defined as."

"The kids aren't broken, the teachers aren't broken, but the system they're operating in is terribly broken," says Chamber CEO Sandy Baruah. "We're a little to quick to blame teachers because they're the first line of defense. The house is on fire, and we have to do something about it."

There's plenty of blame to go around — the work-a-day culture that for decades seldom required anything beyond a modest high school education, a patchwork of districts that isolates more problematic districts, intensely politicized fights in Lansing over school funding, and partisan battles between charter-school advocates and those backing traditional schools staffed with unionized teachers.

"We need to be engaging, period," says Paula Herbart, president of the Michigan Education Association and a co-chair of Launch Michigan. "We cannot work in isolation. Right now, at this time, education is very polarizing. We cannot pretend that we can muscle our way into educating our children. If not now, when?"

Exactly right. That's why Launch Michigan is in proposing a radical idea: Collaborate with the people working in classrooms across the state, understand the needs of business, and see how and where philanthropy can use its resources to push a reform agenda that transcends whichever party is controlling Lansing.

"Education is the one issue that stands out," says Doug Rothwell, CEO of Business Leaders for Michigan. "Infrastructure and education are not going to be quick fixes. The issues that are left are in a lot of ways the toughest to crack."