A decade after emerging from bankruptcy, FCA is deepening its presence in Detroit and likely its corporate community. 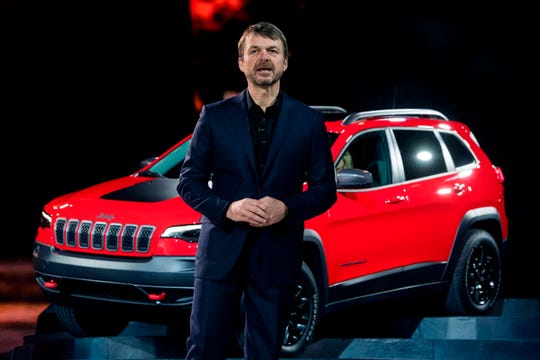 Fiat Chrysler CEO Mike Manley told employees in a memo that the proposed merger between Fiat Chrysler and French carmaker Renault could take up to a year to complete. (Photo: Getty)

Mackinac Island — Fiat Chrysler Automobiles NV is accelerating the return to its home town amid talks for a blockbuster merger with Renault SA and plans to invest $2.5 billion in a new Jeep plant for Detroit.

"There's new energy behind our commitment to be more present in our home town," Niel Golightly, FCA's chief communications officer, said Thursday. "I think there will be more coming in that space."

There already is. Even as worries simmer that a transatlantic merger with the French automaker could affect white-collar employment in the United States, the Italian-American FCA is slowly migrating senior executives to Auburn Hills, according to two ranking sources familiar with the situation — potentially raising the stakes for southeast Michigan as the implications of the potential merger become more clear.

FCA is in a decidedly different place than it was in 2012, three years removed from its federally induced bankruptcy. That's when then-CEO Sergio Marchionne pledged $3 million to help build the QLine and confirmed plans to occupy several floors in the renamed Chrysler House, the old Dime Bank building at Fort and Griswold in Detroit controlled by Dan Gilbert's Bedrock real estate unit.

In retrospect, the moves stand as the first steps of what unspooled in the coming years. Among them: wide-ranging talks between Marchionne and Mayor Mike Duggan that included potentially building a new plant somewhere in the city, as well as vague discussions about possibly moving FCA's North American headquarters to Detroit from Auburn Hills.

"I had a relationship with Sergio," Duggan told The Detroit News in an interview at the Detroit Regional Chamber's Mackinac Policy Conference. "Sergio was great. You could sit down and just talk business. I said, 'OK, you have this need for this capacity on Jeep. I could see the plant running around the clock.' They couldn’t invest in it because it was running around the clock. I said, 'Give me a chance.'" 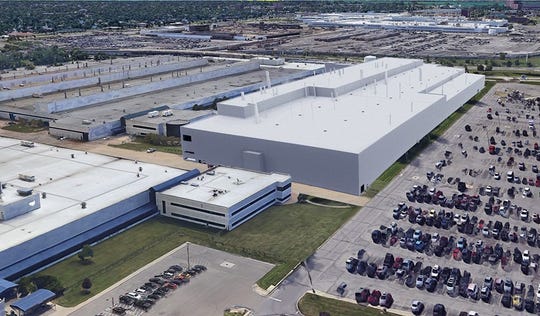 Fiat Chrysler's plans for the Mack Avenue site, seen in a rendering, are part of a $4.5 billion investment in five of its Michigan plants. (Photo: FCA)

Did you ever talk about moving FCA headquarters to Detroit — discussions the mayor later recounted to at least one prominent business leader?

“We talked about a lot of things,” the mayor said. That?

“We talked about everything. Talking ranges of priorities. Priority one is a 5,000-employee plant. That was the focal point.”

Marchionne didn't live to see the Detroit plant announcement, brick-and-mortar confirmation of his strong backing of the industrial Midwest and the authenticity it conferred on a Jeep brand born of the trails of World War II. But he did see critical financial milestones achieved, donning a rare necktie at a presentation in Italy last June to mark the occasion.

The automaker has eliminated excess industrial debt — less than two months before Marchionne died last July in a Zurich hospital. Its Ram pickups are challenging industry heavyweights from Ford Motor Co. and General Motors Co., fattening the top and bottom lines. Ditto its expanding Jeep lineup, repository of one of the world's most valuable brands.

Its profit margins and market share are increasing, powered by growing market shifts in the United States, the European Union, even China toward SUVs of all sizes. And it's putting its money where it counts: on Detroit's east side, through a $2.5 billion investment to convert an engine-plant site into a second Jeep Grand Cherokee assembly operation set to employ as many as 5,000 — drawn first from residents of Detroit.

The net effect is that Detroit's No. 3 automaker is quietly consolidating in southeast Michigan. And whether the merger with Renault is realized in 12 months — or not — the earnings engine of whatever emerges from the process is likely to reside more in the Motor City than Paris or Turin, Italy.

That's a deal Detroit could live with.