The over-arching reason: continuing demands from the government of France to benefit France, its financial interest and its Renault workforce, according to a source close to the situation. And that political bid for control signaled to FCA Chairman John Elkann and CEO Mike Manley the shape of things to come for their would-be European behemoth and its earnings machine in Auburn Hills.

They bolted, saying "the political conditions in France do not currently exist for such a combination to proceed successfully" — conditions made all the more predictable by uniquely French self-interest and the push of its automotive sector for economies of scale to compete in both the traditional auto business and an electrified future.

What, exactly, did FCA's most senior leadership expect? That the same government whose ranking officials had quietly yet persistently been pushing ousted Renault-Nissan CEO Carlos Ghosn to more tightly merge the 20-year-old alliance under French control would surrender its meddlesome ways to FCA's industrial logic?

Not happening. Not now. Not six months into a cooling off period. Not so long as France controls 15% of Renault. Whoever seeks to merge with the automaker will be privileged to get French politicians with their own agendas endeavoring to call the shots and set the terms for a global company wrestling with transformational challenges, rising costs, the competitive threat from Silicon Valley and too much unused plant capacity.

Whatever the business priorities and strategic vision animating FCA and Renault to get their proposed merger to the final stage, they're mostly not shared by political leaders anxious to short-circuit layoffs and plant closings. Especially not in a country where public reaction to routine corporate restructuring quickly metastasizes into social unrest blocking the streets of Paris and other regional cities.

“Let’s take the time to do things well,” France's finance minister, Bruno Le Maire, said on BFM television, according to the Associated Press. “We want this merger, but we don’t want it under just any conditions.”

Officially, Renault sought to delay its board vote on the proposed merger to brief its alliance partner, Nissan Motor Co., on terms of the FCA-Renault deal. Seriously? This from an automaker and government whose push to more closely integrate Nissan into Renault produced two reactions:

First, Japanese resistance to any attempt to subjugate the larger, more profitable Nissan to increased French control. And, second, continuing charges of financial wrongdoing by Ghosn, a long-admired CEO who became Public Enemy No. 1 in Japan about the time he began advocating French interests more forcefully.

If Nissan's interests were so critical to realizing the FCA-Renault vision, the Japanese automaker's brass would have been in the room, too. Not complaining about being on the outside looking in, a fact that says more about the underlying French attitude towards the proud Japanese automaker Renault rescued a generation ago from collapse. 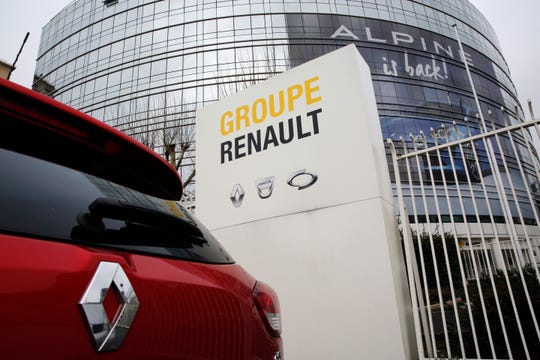 Times change — and they don't. FCA's leaders awoke Thursday morning in Paris back where they were on May 25: an independent, transnational automaker prepared to go it alone but open to "opportunities of all kinds," as Elkann said in a note Thursday to employees, that might address the strategic deficits it already has identified.

Remaining independent, however, fails to answer FCA's shortcomings: that it has too much costly, under-utilized plant capacity in Europe; that it essentially remains a bit player in China, the world's largest market despite slowing growth; that the sum-total of its Auto 2.0 strategy in mobility, autonomy and electrification is its agreement to provide Pacifica minivans to Google parent Alphabet Inc.'s Waymo LLC self-driving car unit.

FCA's options are limited, as legendary CEO Sergio Marchionne realized before his death last July. The disruption in plants and people, and potential anti-trust implications, of any tie-up with a Detroit rival makes such an option highly unlikely, especially in the era of Trumpian nationalism. German automakers generally prove poor partners, as old Chrysler hands can attest, because they expect to be in charge.

Volkswagen AG, once a target of Marchionne's deal-making interest, is roughly 20% owned by the German state of Lower Saxony, ensuring the same kind of political meddling that scuttled FCA's bid to merge with Renault. And with the exception of a Nissan that faced collapse more than 20 years ago, Japan's automakers highly value their independence and technical prowess.

FCA is back where it started, the transnational survivor now a decade removed from an industry meltdown. Familiar challenges remain, however, with one more potential solution no longer viable — for now, anyway.