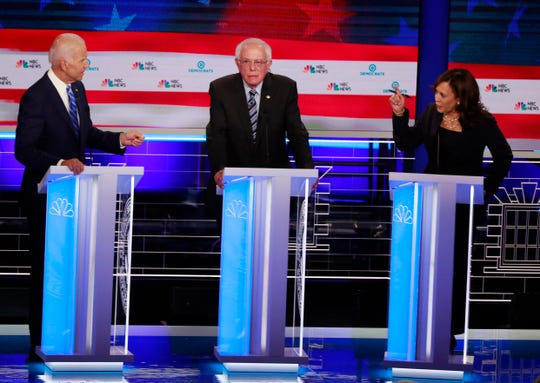 If Donald Trump proved the road to the Oval Office runs through the industrial Midwest, the Democrats vying to replace him might want to be savvier about the basic economic issues driving the heartland during their debates here next week.

Instead, the outsized field of candidates is engaged in rounds of progressive one-upsmanship aimed at early primary voters in states like Iowa and New Hampshire — voters whose values may not reflect on-the-ground reality in the grittier corners of Michigan, Ohio, Pennsylvania and Wisconsin that can deliver a candidate to the presidency. Or not.

"I'm very concerned the Democrats are chasing these shiny objects and ... they're leaving Americans behind," says former Virginia Gov. Terry McAuliffe, a past chair of the Democratic National Committee and chair of Hillary Clinton's 2008 presidential campaign. "Democrats have got to talk about issues people care about every day."

Around here, that comes down to one word: jobs. Just about any union auto worker would attest that employer-provided health insurance, not the prospect of a leveling “Medicare for All,” is a cornerstone of union contracts with Detroit’s automakers and major suppliers — and Michiganians want to keep it that way, judging by a new poll released to The Detroit News.

Working folks can see for themselves that emissions rules effectively set by California and a dozen other coastal states tend to produce vehicles the market doesn’t much want, culminating in slowing sales, lost shifts and plant closings in places like Lordstown, Ohio. They see most truck and SUV plants running three shifts as small cars, gas-electric hybrids and jobs disappear from assembly lines.

And the inability of a Democratic-controlled House of Representatives to pass a replacement for the North American Free-Trade Agreement, to extend electric-vehicle credits or to move legislation governing self-driving cars all translate into uncertainty for the automakers and suppliers forming the bedrock of job creation in the heartland.

“The Democratic Party is not listening to the working-class people,” says Matt Moorhead, a self-described Democrat and sergeant-at-arms of United Auto Workers Local 1112 in Lordstown. The northeast Ohio town is home to the massive General Motors Co. assembly plant likely to close later this year because American buyers steadily deserted the Chevrolet Cruze compact touted in the Obama years for its ability to help meet rising fuel economy standards. 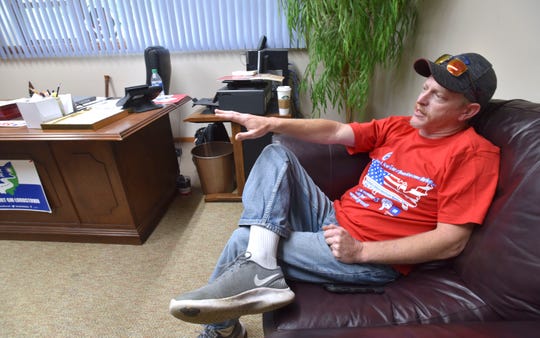 UAW 1112 Sgt. at Arms Matt Moorhead, of Warren, Ohio, talks about the closing of the Lordstown plant while sitting in the office of David Green, president of UAW Local 1112 in Warren, Ohio. (Photo: Todd McInturf, The Detroit News)

Shows what the so-called smart people know. Love him or loathe him, President Trump turned blue real estate red in the Midwest precisely because he spoke to the frustration, the dislocation, the plant closings. He understood the trade anxiety coursing through once-booming industrial towns, their aging skylines too often used to illustrate condescending caricatures of everyday folks living in the past.

Except they aren’t. They're living in the present, facing an anxious future that seems more oriented to immigrants and a coastal tech crowd laden with stock options and real estate values reaching stratospheric levels. Not so much in northeast Ohio or southeast Michigan, where everyday Americans and their jobs face the relentless competitive pressure of automakers making tough calls amid good economic times.

"This area is desperate for change," Moorhead adds, explaining Trump's surprisingly strong showing last time in the surrounding Mahoning Valley. "That's where the vote went. It all has to do with desperation." And Moorhead predicts the traditionally Democratic, blue-collar region likely will plump for Trump again in 2020, despite the fact that its congressman, Rep. Tim Ryan, is running for the Democratic nomination.

Oh, the Democrats talking next week on the Fox Theatre stage are likely to pander to the industrial heartland with shots against GM for moving to close the Lordstown, Detroit-Hamtramck and Warren transmission plants. They'll blame Trump for "doing nothing" to stop GM, as New York Sen. Kirsten Gillibrand did a couple of weeks ago during a stop in Youngstown, Ohio.

And then they'll move on — to where the bigger money is, where the larger metro areas are, where progressive darlings of climate change, government health care-for-all and Silicon Valley electric-car maker Tesla Inc. are firmly rooted. Yet whoever ends up the Democratic nominee will be faced with what Trump already knows: Ignore swing Midwest states and their bread-and-butter issues at your peril.

"There is no question that Michigan will be the very center of the presidential race," says Sen. Gary Peters, the Michigan Democrat seeking reelection next year. "Everything you look at seems to indicate that the key three states of Wisconsin, Michigan and Pennsylvania are likely to be the three key states again in 2020."

And the political reality is that running up the popular vote count on the coasts doesn't elect a president. Winning 270 electoral votes, including a showing from the critically important industrial Midwest, does — a reminder of how disenfranchising abolition of the Electoral College would be for broad swaths of the country.

Reliably blue coastal states, led by California, call the tune on so many issues affecting the industrial heartland — trade, emissions standards, immigration policy — but they don't have much skin in the automotive jobs game. With the exception of Tesla's plant in Fremont, Calif., none of the roughly dozen coastal states opposing the Trump administration's plan to roll back emissions standards can claim an auto assembly plant or a major supply base.

The UAW as an institution gets this, even if it doesn't widely publicize it. It opposes Obamacare's "Cadillac Tax" on generous health care plans; it has downgraded its relationship with the BlueGreen Alliance; and its members are wise to the proposition that "Medicare for All" means higher co-pays and deductibles.

A vivid illustration can be found on pages 16-17 of the UAW-Ford Motor Co. briefing book on this year's national contract talks. The cost of monthly premiums and deductibles for UAW members? Zero. The total employee cost for health care: 3%, compared with 33% in the auto and transportation equipment sector and even higher in other industries.

The industrial Midwest's economy was and is powered by private-sector employers operating in a market economy. A lesson of 2016 is that the top three issues of jobs, jobs and jobs matter — and they still do, a caution the Democrats gathering in Detroit would be wise to embrace if one of them wants to win.

"None of this happens" — not rising investment in education, infrastructure or job training — "without a booking, thriving economy," says McAuliffe, the former Virginia governor. "And you can't have it without jobs."

Daniel Howes’ column runs Tuesdays, Thursdays and Fridays. Follow him on Twitter @DanielHowes_TDN, listen to his Saturday podcasts, or catch him 3 and 10 p.m. Thursdays on Michigan Radio’s “Stateside,” 91.7 FM