Deliberate use of 'racketeering' signals ominous turn, increasing chance a cadre of UAW leaders could be charged with running a criminal enterprise 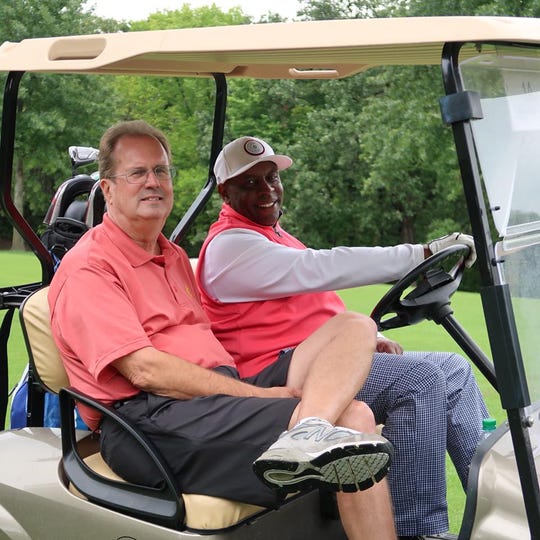 The federal corruption crackdown of the United Auto Workers leadership past and present isn’t close to being wrapped. It's intensifying.

In a sign of yet bigger things to come, prosecutors on Monday filed a new charge against former Region 5 Director Vance Pearson. The move sets up the longtime deputy to former President Gary Jones to be a star witness in the government’s prosecution of the previous two occupants of the president’s office — Jones and Dennis Williams, who retired two years ago.

The U.S. Attorney's office in Detroit used a "superseding information" to charge Pearson and accuse "UAW Official A," "UAW Official B" — previously identified by The Detroit News as Jones and Williams, respectively — and four other officers of conducting "a racketeering enterprise" inside the union.

Deliberate use of the word "racketeering" signals a more ominous turn in the years-long investigation, increasing the likelihood that an entire cadre of UAW leaders — if not the union itself — could be charged with running a criminal enterprise that spanned the country, sapped the UAW's financial resources and destroyed its reputation.

Should that happen, federal oversight of the union would be all but guaranteed. Financial monitoring probably would follow. Changes to internal governance structures and the UAW constitution likely would be conditions of any consent decree between the union and federal authorities. And the union's ability to self-govern would be suspended.

In a statement, the UAW said: "If Vance Pearson misused Union funds to buy personal items for himself and others, and then lied about and hid that conduct from the UAW, he blatantly violated his oath of office and betrayed the trust of all our hard-working members.

"While our Union is moving forward, we will never forget the costly lessons from our past. Under the leadership of President Rory Gamble, working tirelessly with the Board, the UAW continues to implement a series of critical reforms necessary to strengthen the union’s financial controls, oversight and its overall accounting system so this type of conduct cannot happen again.”

The word "racketeering" appeared nowhere in the union's statement. Intentional or not, its absence signals continuing denial within Solidarity House-in-exile over the legal jeopardy imperiling current and former leaders, as well as the UAW itself.

Could it be too late for the 85-year-old union? The UAW is an institutional cornerstone of the modern American auto industry, a union whose reputation as a "clean" union stood in stark contrast to, say, the International Brotherhood of Teamsters and its links to organized crime.

Like the Teamsters more than 30 years ago, the "culture of corruption" inside the UAW's leadership ranks threatens to invite federal oversight of the union and fuel a move to amend the UAW constitution to enable the direct election of officers, including the president. Such a change would break the effective monopoly the "Reuther Administrative Caucus" commands for selecting the "slate" of candidates for top union jobs.

Given accumulating evidence of corruption in the top ranks of the union, the change is worth pushing. Each passing month seems to embroil yet more union leaders in schemes to embezzle union dues for their own petty pleasures, to thumb their metaphoric noses at rank-and-file members whose required contributions funded bad behavior.

And if the investigation ensnares more sitting members of the UAW's governing International Executive Board, a member-led push under the constitution's Article 8 to hold a special convention to determine how leaders are elected likely would be difficult to contain.

Under Gamble, the union is pushing "critical reforms" to excise the rot eating the institution from within — an arguably impossible task given the UAW's staunch cultural aversion to change. The corrosive corruption threatens to consume an institution founded to protect members and those who would be from the depredation of management and the pitiless economic cycle.

A recruiting tool it's not. Efforts to organize foreign-owned auto plants in the South, or Tesla Inc. in northern California, will be undermined by the scandal. So will credibility of union leadership with rank-and-file members, as well as automakers who expect their union counterparts to be honest brokers, not on the take.

With each fresh allegation and guilty plea, UAW members would be forgiven for concluding they need protection from their own leaders — but it increasingly looks like they do.

Daniel Howes’ column runs Tuesdays, Thursdays and Fridays. Follow him on Twitter @DanielHowes_TDN, listen to his Saturday podcasts, or catch him on Michigan Radio’s “Stateside,” 91.7 FM.