Howes: In Ford-Jeep battle for off-road cred, Chevy Blazer sits it out

Howes: In Ford-Jeep battle for off-road cred, Chevy Blazer sits it out

In the mounting frenzy for rugged, American-built SUVs with the chops to go off-road, the bow-tie’s look-alike crossover with the Camaro snout is anything but a segment-leading Jeep Wrangler or the coming Ford Bronco that's being revived after a nearly 25-year absence. 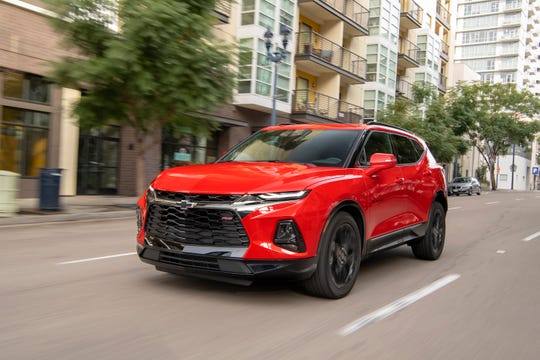 The new Chevrolet Blazer had been hailed as the right product for the times, but it's not turning out that way amid a building frenzy for SUVs with true off-road looks and capability. (Photo: General Motors)

They’re both evidence that General Motors Co.’s crosstown rivals are more adept at mining their most valuable brand heritage, Corvette notwithstanding. And recognizing that a rich vein of would-be buyers hungry for Detroit nostalgia-plays promises to deliver a lot of buzz and fat profit margins as GM watches from afar.

A winning strategy it's not, if only in the never-ending PR battle. The mountain of pre-orders for Michigan-made, compact Broncos flooding Ford Motor Co. is a harsh reminder that GM’s Blazer revival as just another sporty midsize crossover, something it originally wasn't, is shaping up to be one big missed opportunity. No less than CEO Mary Barra, I'm told, tersely reminded senior product planners as much in a meeting amid last week's Bronco brouhaha.

She would be right, of course. The new Blazer delivers neither the rugged capability to "overland" as Wrangler does and Bronco promises to do. Nor does it telegraph the Blazer heritage derived from a truck architecture that came to battle Ford's later-generations Bronco, popularized most prominently by O.J. Simpson trying to ditch police on an L.A. freeway.

The Ford Bronco that debuted last week is generating lots of buzz -- and advance deposits. (Photo: Nic Antaya, Special to The Detroit News)

Blazer? Meh, as wags have been riffing for the past two years. And when the Bronco finally appeared last week — following a gestation period measured in way too many years — critics were proven right and the cacophony surrounding GM's misbegotten Blazer returned. It wasn't pretty.

Wrote TopSpeed in a piece headlined "Ford's revealing of the 2021 Bronco just proved that GM has no idea what it's doing": "This wasn't the Blazer we wanted, it wasn't the Blazer we needed, and there was just as much hate going around as there was praise, if not more. It can hardly tackle pavement, let alone go off-road."

Or The Drive last year in "Here's Why GM Didn't Make the New Chevrolet Blazer a Rugged Off-Road Truck": "Two paths diverge in the woods. One leads to a rough road rich in history; the other, a smooth, anodyne moving walkway. I suppose you can't blame General Motors for taking the easier route."

Or MotorBiscuit last week in a piece headlined "The  Travesty of the Ford Bronco is the Chevy Blazer": "In a desperate stab at drawing attention to its mediocre SUV, Chevy took the lazy route by giving it a powerful name. But the product that is Blazer is no Bronco. Nor is it a Blazer. Chevy missed a golden opportunity. It could have held onto an iconic name to wait for a product worthy of being called a Blazer."

Exactly right, but it didn't. And the reaction is predictably brutal, reminiscent of the punishment routinely meted out to the old, pre-bankruptcy GM and its focus-grouped-to-death vehicles that disappointed far more people than they satisfied.

These kinds of misses aren't s'posed to happen in a GM led by Barra and President Mark Reuss, each one-time heads of product development. He's a gearhead's gearhead whose product strategy appears content to leave rugged individualists (and the profits they generate) to the competition.

Wouldn't be the first time. Detroit's rotation away from traditional, slower-selling cars and deeper into trucks and SUVs by definition cedes car market share to foreign-owned rivals. The theoretical trade-off: Customers converted to a widening, more profitable array of truck and SUV offerings can compensate for lost sales and maintain market share.

The Blazer saga is different, a cautionary tale of misreading the market, of squandering an iconic brand name, of producing just another midsize crossover (in Mexico only) whose provenance fires the passions of politicians and United Auto Workers members witnessing the closure of assembly plants in Maryland and northeast Ohio.

Ford returned to Bronco's 1960s-era roots to reimagine a compact SUV to battle head-on Jeep's Wrangler and to claim a share of that growing segment for the Blue Oval. GM chose otherwise, and now it's on the sidelines of a game it chose not to play. 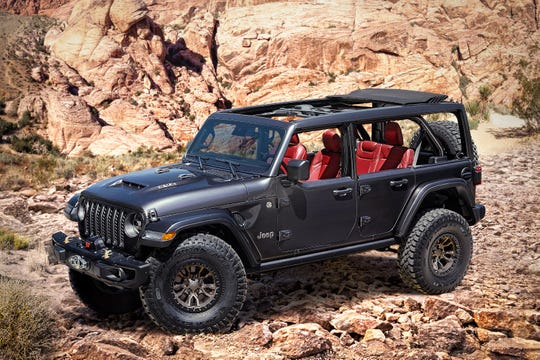 Daniel Howes is columnist and associate business editor of The Detroit News. His column runs most Tuesdays, Thursdays and Fridays.