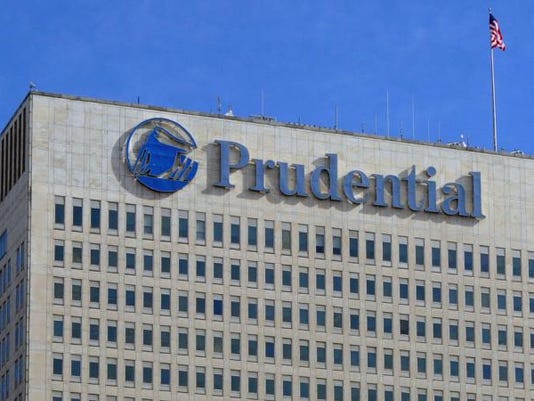 Prudential is informing customers that the system has changed. Instead of being asked if they want to increase coverage, the insurer will assume that they do and raise rates automatically.(Photo: .)

Buying long-term care insurance isn’t an easy decision. It’s an increasingly pricey product that requires you to look way down the road, to the possibility of shelling out big bucks for a nursing home or some other form of assisted living.

The last thing you want to worry about is having your insurer pull a fast one on you after you sign up for coverage. But that’s what Prudential has done, making a sneaky change to policyholders’ long-term care coverage.

At issue is what’s known as an “inflation protector,” which allows policyholders to boost the amount they’ll be able to pay for future nursing-home care in light of rising costs. This can be an important consideration but will also increase quarterly premiums.

In the past, long-term care policyholders would be asked by Prudential from time to time if they wanted to up their insurance ante. If not, they wouldn’t have to do a thing and their coverage would continue as always.

Now, however, Prudential is informing customers that the system has changed. Instead of being asked if they want to increase coverage, the insurer will assume that they do and raise rates automatically.

To avoid a rate hike, policyholders will have to notify Prudential in writing that they don’t want their coverage to change.

“This seems really over the top,” said Steven Friscia, who has had Prudential long-term care coverage for the last 25 years, ever since his father’s diagnosis of Alzheimer’s disease nearly bankrupted his family.

“I wonder how many other people got the letter from Prudential and didn’t read it or just threw it away, and now their premium is going to go way up,” he said. “At least before, your rate would stay unchanged if you didn’t do anything.”

In Friscia’s case, the Southern California resident was told that the insurer would automatically raise the amount he’d be able to spend on daily nursing-home care to $365 from $315 to accommodate higher costs in his dotage.

But that 16 percent increase in future coverage comes with a 45 percent rate hike today, to $442 a quarter from $305 — a rate hike that doesn’t require regulatory approval because, in theory, policyholders are free to say no.

“That’s a big jump,” Friscia, 64, told me. “I don’t want it and wouldn’t have had to worry about it under the old system. Now I had to mail them a letter saying I don’t want it. You can’t call or email.”

Oh, did I mention that Friscia is a senior vice president with a major insurance brokerage? He’s also a certified financial planner and has a business law degree.

“I’m in the industry and, fortunately, still have all my faculties,” Friscia said. “And I almost didn’t catch what Prudential has done. I wonder how many other people have missed it.”

Lauren Day, a Prudential spokeswoman, declined to offer a detailed explanation of why the company switched from an opt-in for inflation adjustments to an opt-out.

She said by email only that the “intent of the opt-out is to make sure we know that clients consciously decided against inflation increases.”

What Prudential is saying there, it seems, is that the company feels it can’t be sure policyholders considered the question of increasing coverage unless it sees them take action — in this case, saying no to an automatic rate hike.

I pointed out to Day that clients are still making “conscious” decisions when they choose not to opt in for increased coverage. I received no response.

Long-term care insurance seemed like a good idea when it was introduced in the 1980s. But the insurance industry made some significant miscalculations. It didn’t do a good job of anticipating rising health care costs and the high number of claims as baby boomers reached their sunset years.

Genworth Financial, a leading provider of long-term care insurance, said in a recent study that a private room in a nursing home currently runs about $91,000 a year; a semi-private room costs about $80,000.

Then there’s the curveball of bargain-basement interest rates. Insurers depend on investment income for a major chunk of the revenue needed to pay claims, and those low rates knocked their bottom lines for a loop.

“Everything that could go wrong did go wrong,” said Jesse Slome, executive director of the American Assn. for Long-Term Care Insurance, a trade group.

As a result of all the missteps, many insurers left the business, he said, leaving only about a dozen providers of stand-alone long-term care coverage. The remaining players have struggled to pay policyholders’ claims. Prudential stopped offering new long-term care policies in 2012.

About 133,000 people who received long-term care insurance through the California Public Employees’ Retirement System have seen rates nearly double in the last couple of years. A lawsuit filed by retirees in 2013 was granted class-action status.

Studies have consistently shown that consumers seldom go to the trouble of opting out of corporate practices. This suggests Prudential’s change to an opt-out model will generate significantly more revenue for the company than the previous opt-in approach.

That’s not to say all long-term care insurance is a rip-off. As with any insurance product, you’re buying peace of mind and protecting yourself from possible misfortune.

Inflation adjustments will help maintain comprehensive coverage over time. But that may be more than many people need.

The reality is that most people probably won’t need to keep increasing their insurance to keep up with rising nursing-home costs. In-home care, also covered by long-term care insurance, is a cheaper and, in most cases, more desirable alternative.

He recommends that people consider purchasing long-term care coverage when they reach their mid-50s. That will keep premiums relatively affordable and still allow you to pass the required health screening.

Also look into long-term care coverage as part of life insurance. A growing number of life insurers now offer it as an add-on benefit.

I told Slome about Prudential automatically jacking up Friscia’s rate unless he opted out. He crunched the numbers and was surprised by what he saw.

“That seems high too,” Slome said.

I can’t say this often enough: Read what companies send you. It’s usually just marketing stuff. But every so often, they’re going to try to slip something important past you.

And they’re hoping you won’t make a conscious decision to protect yourself.