Even with health insurance, you may want to pay cash

Cash prices are intended for uninsured patients — and are frequently still much higher than insured rates.

Even with health insurance, you may want to pay cash 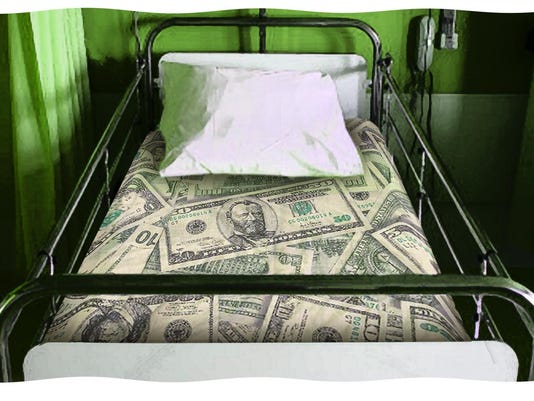 Five blood tests were performed in March at Torrance Memorial Medical Center. The hospital charged the patient’s insurer, Blue Shield of California, $408. The patient was responsible for paying $269.42.

If that were all there was to this — which it’s not — you’d be justified in shaking your head and wondering how it could cost more than $80 apiece for blood tests. These weren’t exotic procedures. It’s what happened next, though, that this makes this story particularly interesting.

The patient, who for privacy reasons requested that I use only her first name, Caroline, was curious about why she needed to pay almost $300 for a handful of routine tests. So she called the hospital.

“I was completely surprised,” Caroline told me. “The woman I spoke with in billing said that if I’d paid cash, the prices would have been much lower.”

How much lower? Try this on for size: Tests that were billed to Blue Shield at a rate of about $80 each carried a cash price of closer to $15 apiece.

“This is utterly crazy,” Caroline said. “It’s such a huge difference. Why wouldn’t I just always tell them that I want to pay cash?”

Great question. And answering that highlights the insanity of U.S. healthcare pricing.

“This is one of the dirty little secrets of healthcare,” said Gerald Kominski, director of the UCLA Center for Health Policy Research. “If your insurance has a high deductible, you should always ask the cash price.”

Cash prices are intended for uninsured patients — and are frequently still much higher than insured rates. But cash prices for many common procedures have come down thanks to changing regulations and consumers increasingly being able to shop around for cheaper providers.

Blood tests can be performed at CVS MinuteClinics and other pharmacies, for instance. Or as I reported a few years ago, MRIs are available from independent providers for as little as $300, whereas many hospitals will charge thousands of dollars.

Not all medical facilities will be open to sharing their cash prices with an insured person, Kominski said, but many will.

He estimates that the average American spends less than $5,000 a year on healthcare. If you have a high-deductible plan, therefore, all your annual medical costs may be out of pocket. “Why wouldn’t you try to get the lowest price?” Kominski asked.

Keep in mind, however, that any cash payment will do nothing to help you reach your deductible, leaving you vulnerable in the event of a major illness.

Insured patients can be forgiven for thinking that a benefit of their paying annual premiums is the knowledge that they’re being charged the best possible rates by doctors and hospitals. After all, negotiating on behalf of large numbers of policyholders is one of the selling points of the private insurance system.

The reality is that insurers’ negotiated rates may have little to do with the actual cost of providing a medical service.

A flurry of hospital mergers over the last few years has resulted in the industry having far more leverage. The National Bureau of Economic Research found that private insurance prices are at least 15 percent higher in less competitive markets.

In Caroline’s case, Torrance Memorial billed Blue Shield $82.88 for one blood test. But Blue Shield said Caroline, who had yet to meet her annual deductible, would be responsible for an insured rate of only $56.44.

Melnick said Blue Shield probably was unaware — until now, that is — that its $56.44 reimbursement rate to the hospital was still more than three times what an uninsured person would pay in cash for the same test.

“Even at $15,” he noted, “it’s unlikely the hospital is pricing the blood test below cost.”

David Lazarus is the consumer columnist for the Los Angeles Times