Star Wars” reawakened, and a ballerina and an unheralded Founding Father hit the zeitgeist 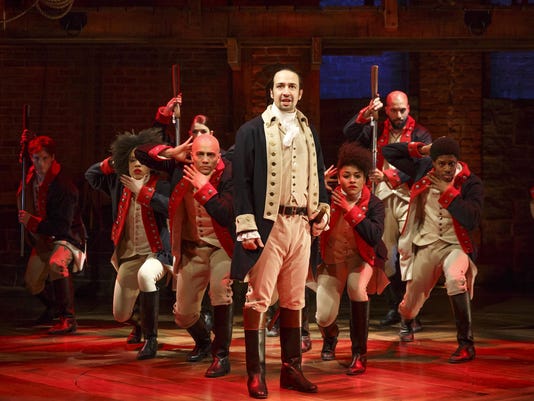 There were goodbyes (Jon Stewart, David Letterman, “Mad Men”) and hellos (Adele!). “Star Wars” reawakened, and a ballerina and an unheralded Founding Father hit the zeitgeist. But the pop-culture moment that fascinated us most? That had to be the emergence of Caitlyn Jenner.

Remember we began the year talking about North Korea? At the Golden Globes, Tina Fey welcomes the TV audience to honor “all the movies that North Korea was O.K. with” — a reference to the Sony hacking story striking fear across the land (or at least La La Land.) But by next month, we’re talking about ...

… #OscarsSoWhite. The Twitter hashtag protests the fact that all the Oscar acting nominees are white; “Selma” director Ava DuVernay is snubbed along with star David Oyelowo. At the ceremony, prominent honorees speak out for voting rights, gender equality in Hollywood, and privacy from government snooping. Meanwhile on TV, the swift downfall of “NBC Nightly News” anchor Brian Williams begins when he’s suspended for making misleading statements about his role in news stories.

We’ll still have our nightly Jon Stewart fix ’til August, but we learn that a little-known, 31-year-old South African comic, Trevor Noah, will succeed him. In Hollywood news, Harrison Ford, 73, crashes his vintage plane into a golf course. Luckily for him — and for “Star Wars” fans — dashing Han Solo will make a full recovery.

“I’m a woman.” With those three words to Diane Sawyer, former Olympian Bruce Jenner begins a public transition that will captivate the country. Stay tuned for more.

After seven seasons, “Mad Men” ends, with suave ad man Don Draper (Jon Hamm) having an epiphany at a yoga retreat. David Letterman says goodbye after 33 years on late-night TV (“Our long national nightmare is over,” proclaim a succession of presidents in a joke montage.) Across the pond, baby Charlotte arrives. Tom Cruise hangs off a plane (really!) in the new “Mission Impossible” flick. Rihanna, wearing a ginormous fur cape, and Beyonce, wearing hardly anything, compete to steal the show at the Met Gala.

Her name is Caitlyn: Jenner makes a smashing entrance — with a corset, a brand new name and a fascinating story to tell — on the cover of Vanity Fair. Ballerina Misty Copeland launches a banner year when she stars in “Swan Lake,” then is named the first black female principal dancer in the American Ballet Theatre’s 75 year history.

Seems like we’re always talking about Taylor Swift. This month she brings her own “squad” — the U.S. women’s soccer team — onstage, days after their stirring World Cup win over Japan. In literary news, many fans of Harper Lees’s iconic “To Kill a Mockingbird” are stunned when that novel’s hero, Atticus Finch, is given a makeover as a racist in the author’s “Go Set a Watchman,” seen as essentially an early — and very different — version of “Mockingbird.” And on one striking cover of New York Magazine, 35 of Bill Cosby’s accusers appear, all describing alleged assaults by the once-revered comedian.

Jon Stewart ends 16 years at the “Daily Show” with a reminder to his fans to be vigilant against falsehoods — er, dishonesty — er misinformation (we’re still not using his word of choice.) And on Broadway, in a transformation as unlikely as it is refreshing, onetime Treasury Secretary Alexander Hamilton — the guy on the $10 bill — becomes a pop culture star, thanks to Lin-Manuel Miranda’s smash musical “Hamilton.” Miranda also finds time between shows to compose music for the Cantina scene in the new “Stars Wars” film, a nice pop-culture mashup moment.

It’s a major year for comedian Amy Schumer: She signs a memoir deal in the high seven figures, a reflection of her rapidly escalating fame. On CBS, Stephen Colbert launches his “Late Show” with the declaration that “I will be covering all the presidential candidates … who are Donald Trump.” He then promptly falls into an Oreo-cookie coma as he consumes one cookie per Trump joke. By year’s end, with Trump dominating headlines, Colbert might want to consider a bulk order. Democratic front-runner Hillary Clinton mimics Trump on Jimmy Fallon’s “Tonight Show,” but a few months later, she’ll tell Seth Meyers: “I no longer think he’s funny.”

“Star Wars” fans are going nuts: The trailer’s out for “The Force Awakens.” It is parsed for clues: Why are Han Solo and Leia hugging? A new James Bond film is out, but “Spectre” gets middling reviews. And hey, it’s “BACK To The Future” day! It’s 2015, the year in which the second installment was based. Cars don’t fly yet, but they did get the flat-screen TVs right — and our own kids are zipping around on hoverboards. 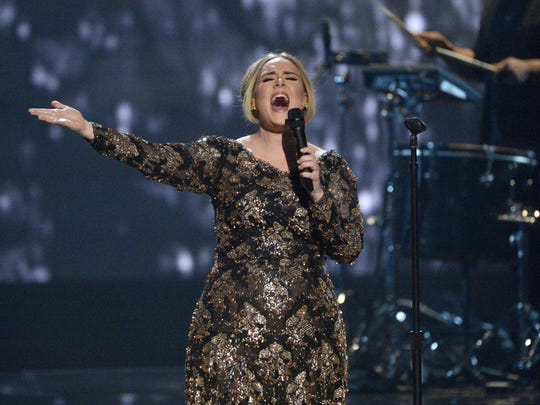 Hello indeed, Adele! The soulful Brit debuts her long-awaited album, “25,” and it gives a huge year-end boost to the music industry; it’ll sell a whopping 5 million copies in just three weeks. In fact, we’re going to give Adele November’s entry all to herself.

And it’s here. (“Star Wars,” silly.) Fans are camping out at the multiplex. While they await, they may wish to comb through some celebrity mags, where they’ll see news of the latest high-profile baby, Saint West, son of Kimye and step-grandson to Caitlyn Jenner.