The two Detroiters will lead the 91st annual America’s Thanksgiving Parade on Nov. 23 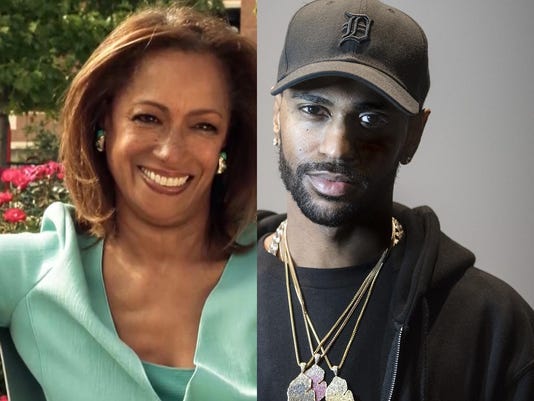 The former WDIV-TV anchor Harlan and Cass Tech grad Big Sean will lead the 91st parade on Nov. 23. This year’s theme is “Woodward! Avenue of Dreams!” to celebrate the thoroughfare’s recent transformation and the debut of the QLine.

“Big Sean and Carmen represent the incredible spirit of our city and we are thrilled to have them celebrate with us in Detroit and with the millions who view The Parade across the country,” said Parade Company president and CEO Tony Michaels in a press release.

America’s Thanksgiving Parade presented by Art Van, which marches down Woodward through downtown Detroit during a broadcast on WDIV-TV Local 4 and an hour-long national broadcast that reaches 190 cities across the country.

Grandstand tickets, $40 and up, can be purchased at theparade.org.