Grapevine: Cardi B and Offset secretly wed months ago

Grapevine: Cardi B and Offset secretly wed months ago 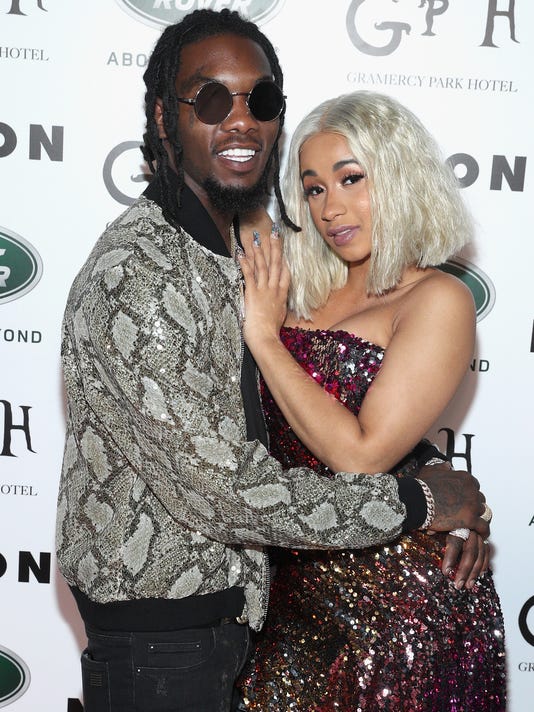 Cardi B and Offset secretly wed months ago

Hip-hop stars Cardi B and Offset were married in September, TMZ reports. The gossip outlet got a hold of the pair’s marriage certificate from Fulton County, Georgia, which is dated Sept. 20, 2017. This explains why Offset keeps referring to Cardi as his wife. “I thank my wife,” he said at the BET Awards Sunday. “You should thank yours.” Offset’s group Migos won Best Group at the awards. Cardi B also won for Best Female Hip-Hop Artist, beating out Nicki Minaj, Remy Ma, Rapsody and Detroit’s own DeJ Loaf. The “Bodak Yellow” rapper also won the Coca-Cola Viewers’ Choice trophy. Cardi B, who is due to give birth any day, is set to perform in Detroit on Sept. 15 at Little Caesars Arena with Bruno Mars.

Bourdain had alcohol, but no narcotics in his system

The French prosecutor revealed this week that Anthony Bourdain drank the night he died by suicide in France, but he had no narcotics in his system. According to reports, French prosecutor Christian de Rocquigny would not reveal the amount of alcohol but said there were sighs he had a “boozy dinner.” The celebrity chef and television host also had a “therapeutic dose” of an unnamed non-narcotic medication. Bourdain died June 8 at age 61.

Country singer and actress Jana Kramer announced on Instagram this week that she and her husband, Mike Caussin, are expecting a second child. “Surprise! We have a rainbow baby on the way & couldn’t be more excited,” she wrote on social media. “Jolie is going to be a big sister & we’re becoming a family of 4.” The Rochester Hills native, 34, had been open about her miscarriages in the past, saying she didn’t come out about it for sympathy, she just did not “want to feel alone.”