We talk with impresario Alan Lichtenstein about the upcoming Broadway in Detroit season, crowned by "Hamilton" early next year 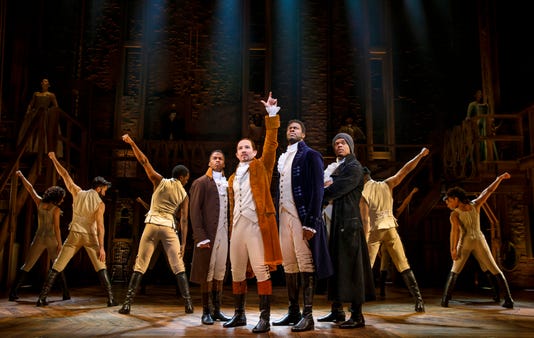 The 2018-2019 season, crowned by "Hamilton" next spring and "Aladdin" over the holidays, is no exception.

"This year is just spectacular," Lichtenstein said Tuesday. "I think we have 27-and-a-half weeks of Broadway shows. My biggest problem is I’m competing with myself!"

The seven plays, all new to the Detroit stage, include six musicals, two theater-based comedies, and three shows aimed at kids -- "Aladdin," "The Lightning Thief" and "Anastasia." 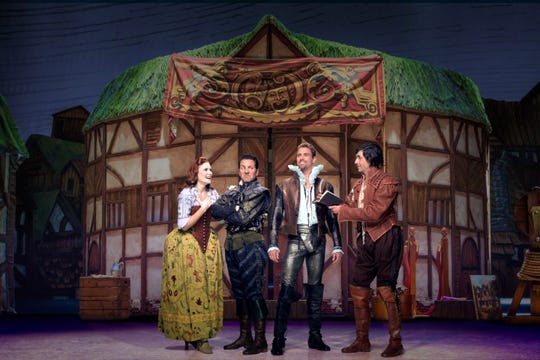 "Something Rotten!" which just opened Tuesday, is a behind-the-scenes play about a play in the spirit of "Noises Off" or "Kiss Me Kate."

Indeed, it shares a Shakespearean connection with "Kate" (which is based on "Taming of the Shrew").

In "Rotten's" case, it's 1592 and its daffy creators are desperately trying to escape the bard's shadow by mounting -- Drumroll, please! -- the world's first musical.

Lichtenstein calls it a marvelously silly show of the highest order.

"It’s a great way to start off the season," he said, "with everybody laughing. Gives us a break from the news."

"Something Rotten!" runs through Oct. 7 at the Fisher Theatre. 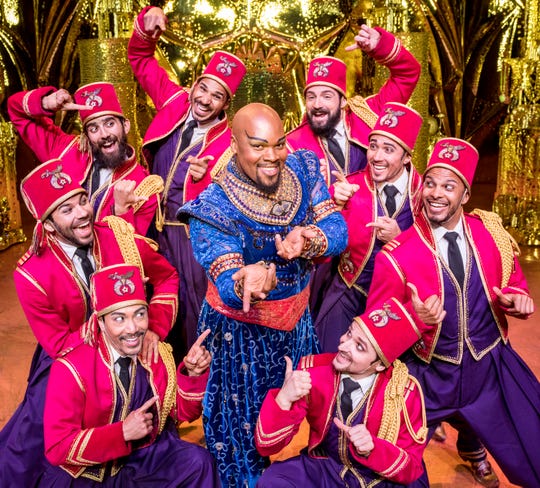 "Disney's Aladdin" arrives at the Detroit Opera House, flying carpet in hand, on Dec. 12, and runs over a month, closing Jan. 13.

"It’s a spectacular show, and people love going to the Opera House," Lichtenstein said, adding that it's quite a production. "It takes a full week just to load in and rig the flying carpet."

"The Play That Goes Wrong" is the one non-musical in the bunch this year, though it bears some resemblance to "Something Rotten!" in that this comedic murder mystery is also based in the theater.

"It’s one of those plays where everything that’s supposed to happen on stage doesn’t happen," Lichtenstein said, "and by the end of the evening, the entire set has collapsed. I couldn't stop laughing."

Based on a 2010 film, "The Lightning Thief: The Percy Jackson Musical" focuses on the journey of self discovery undertaken by Percy Jackson. He's a normal kid who just happens to be descended from the Greek god Poseidon, and finds he has awesome powers he can't quite control. 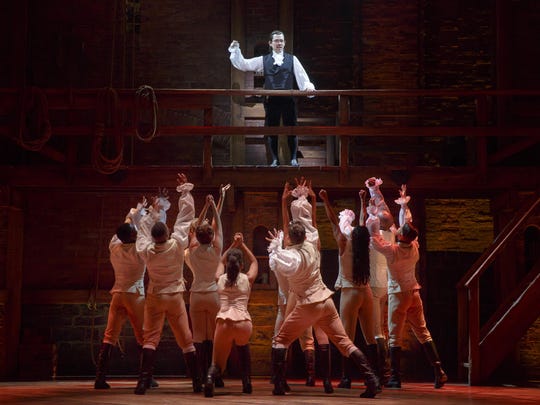 Taken from the Ron Chernow biography of the same name, this Pulitzer-prize-winning drama about founding father Alexander Hamilton immediately established itself as the theatrical event of the early 21st century after its 2015 opening at New York's Public Theater.

Famously, the score blends hip-hop, blues, jazz, rap, R&B and classic Broadway melodies to great effect, and has become something of a patriotic rallying cry for liberals and conservatives alike. 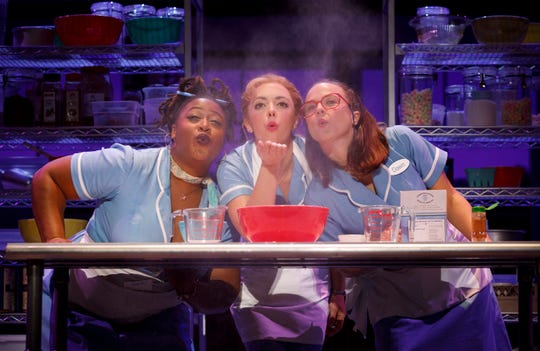 “Waitress” is based on the 2007 indie film of the same name about the personal struggles of a particularly talented pie-maker. (Photo: Joan Marcus)

Wrapping up the subscription season will be "Waitress" from May 7-19, and "Anastasia" June 11-23.

The musical "Waitress" is based on the 2007 indie film of the same name, about the personal struggles of a particularly talented pie-maker.

"Get ready for the smell of pies baking," Lichtenstein said. "We have to set up a special room where they bake the pies every day. And," he added, "you can buy little mini-pies when you get to the theater."

"Anastasia," based on the 1997 animated musical film, was created by the Tony-winning team that adapted "Ragtime," and has a book by stage superstar Terrence McNally.

"The music is from the cartoon movie, "Lichtenstein said, "but this is more serious than a cartoon," which befits the story of the czar's daughter who allegedly escaped the 1918 murder of the rest of her family by the Bolsheviks.

"It’s Paris in the 1920s with great costumes," he added. "All little girls should come see it."

In addition, four classics that have already played Detroit have return engagements. 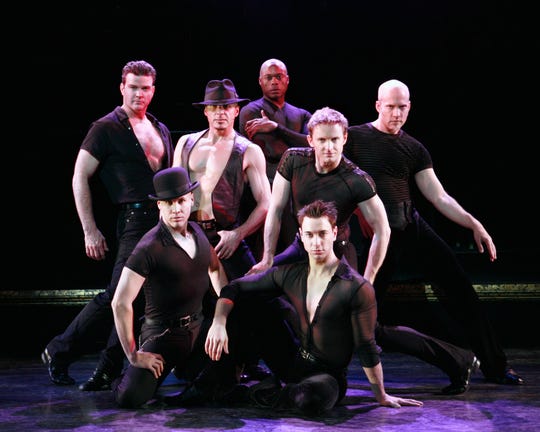 "Phantom of the Opera" takes to the Detroit Opera House stage Jan. 24-Feb. 3.

"Something Rotten!" - through Oct. 7 at the Fisher Theatre