Jerk x Jollof rings in 2019 with an Afro-Caribbean jam

Jerk x Jollof rings in 2019 with an Afro-Caribbean jam

DJ Frankie B dances on stage alongside friends at an October Jerk x Jollof at El Club.(Photo: Brittany Greeson / Special to The Detroit News)Buy Photo

When Chuks Nwamba graduated from college and entered work life in Detroit, he said he noticed a void in events that featured Afro-Caribbean culture, so he decided to create his own.

His party, Jerk x Jollof, is a recurring, roving nightlife event that celebrates the music, food and culture from those parts of the globe. Nwamba has hosted the event in different forms at venues in Detroit, Ann Arbor and in other states.

“When I was growing up ... it was like a family tradition to go to parties and be able to experience food and music and performance all at the same time .... all aspects of culture,” said Nwamba, whose parents immigrated to Michigan from Nigeria before he was born. “And in Detroit that was something I was really missing.”

This New Year’s Eve, the eclectic and successful party is again taking over all three levels of Saint Andrew’s Hall where last year Nwamba said they moved more than 900 tickets. He’s expecting a sellout crowd on Dec. 31.

Besides DJs, Nwamba says there will be live drumming on stage, a confetti blowout and champagne toast at midnight. Food for the VIP ticketholders is provided by Jamaican cuisine catering company Porty Vibez.

Nwamba says the dance floor at Jerk x Jollof events are a diverse group of people, but most are in their 20s and 30s.

“We mostly get many young professions in the city, young millennials, up-and-coming creatives and minority professionals,” he said.

He said Jerk x Jollof hit the ground running in 2016 with a packed 200-person event and has grown steadily ever since. He said through social media, people out-of-state have asked him to bring his party to them. Nwamba, who is working on his master’s degree in strategic design and management at Parsons School, recently moved from Detroit to New York, so he plans to host a Jerk x Jollof event there in 2019.

“Now I see it as a platform for people to connect and build community through culture and learn about not only the history of African/Caribbean culture, but even their own culture and representing where you’re from and embracing it ... it’s like a form of empowerment for the community to get to know each other and learn more and not be afraid to embrace their own culture.”

To further that mission of Jerk x Jollof, Nwamba said they’re hoping to expand their college scholarship program for minorities. He said the parties have funded a $500 scholarship each year, and he plans to grow the fund even more in the upcoming year.

“We’re going to continue to grow in creative ways,” he said.

An evening of African and Caribbean culture, cuisine and entertainment with DJs Frank B. and Blakito 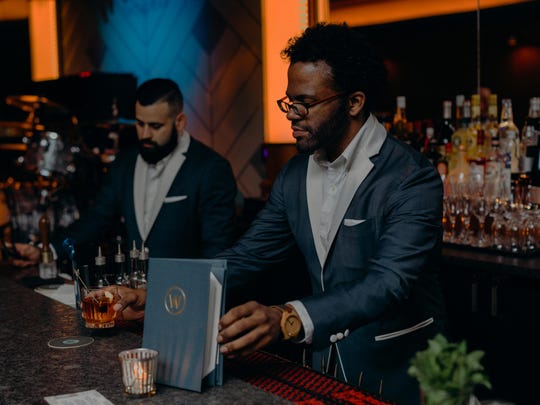 All events are Monday, Dec. 31

NYE 2019 with DJs and dancing, food and cocktails at the Wintergarden at the GM Renaissance Center, 9 p.m. $75 and up. 400 Reniassance Drive, Detroit. detroitfornye.com.