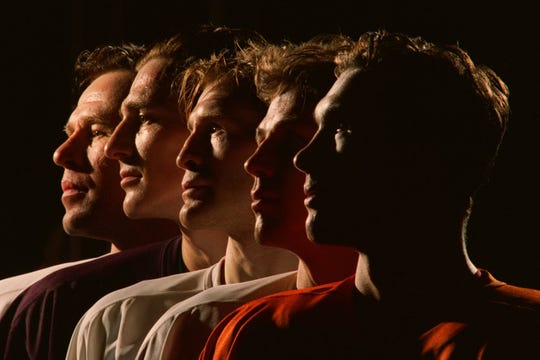 A rousing local sports documentary that begins halfway around the world, "The Russian Five" tells the triumphant true tale of the Iron Curtain invasion that led to the Detroit Red Wings' Stanley Cup glory.

Director and co-writer Joshua Riehl is working with the kind of story that would sound too good — and later too tragic — to be true if it came from a Hollywood screenplay.

So he mostly lets it tell itself, and the emotions it invokes — especially from Detroit crowds — make it a worthy hockey counterpart to ESPN's exhilarating "Bad Boys" 30 for 30 documentary.

"The Russian Five" opens in the 1980s, when the Red Wings were in the dumps, Cup-less since 1955. Mike Ilitch came on as owner in 1982 and brought on general manager Jimmy Devellano to make some changes, and Devellano took a huge gamble by drafting Russian hockey star Sergei Fedorov in the 1989 NHL draft.

Relations between the U.S. and Russia were rather cold at the time, so there was no guarantee they were even going to get Fedorov to the team. But through a series of clandestine missions, which "The Russian Five" tells through noir-like animations, Fedorov joined the Wings, putting in place the first piece of a puzzle that later included fellow Russians Viacheslav Fetisov, Vladimir Konstantinov, Vyacheslav Kozlov and Igor Larionov.

There was culture shock, a language barrier and resistance from their peers, but the unit they formed helped change professional hockey and brought championships back to Detroit.

It's a story fans already know well, but "The Russian Five" lays it out in a compelling, easily digestible fashion. And it shows how without a major assist from Russia, Detroit would have never become Hockeytown.