Author R.J. King, editor of DBusiness magazine, argues that long before Detroit put the nation on wheels, it was already a key driver of American progress. 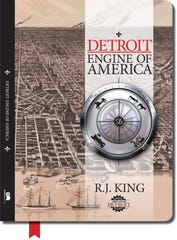 "Detroit: Engine of America" (Momentum Books, 2019) covers the lesser-known parts of the city's history, from its founding in 1701 to 1900, before the auto explosion. Author R.J. King, editor of DBusiness magazine, argues that long before Detroit put the nation on wheels, it was already a key driver of American progress.

With "Engine of America," King -- a Detroit News business writer from 1994-2006 -- gives us a fascinating chronological history of the Motor City seen through the businesses that led, inexorably, to its 20th-century power and prominence.

So what inspired this book?

R.J. King: "I'd never seen a good book on how Detroit developed from a French fort in 1701 to the birthplace of the auto industry -- how this manufacturing powerhouse was built, literally, in the wilderness."

How long did did the project take?

"A year to research and write, and six months to design and produce. I read two thick volumes of early Detroit history -- one by Silas Farmer and the other by Clarence M. Burton, each about 1,500 pages long."

What most struck you?

"How unique the city is -- older than the United States, and the oldest city in the Midwest. As a result, many people moving west from the East Coast would first come to Detroit, and either stay or buy up everything they needed and keep moving west. In the 1830s, as many as 1,000 people a day arrived."

"Until the railroads expanded in the 1840s, water was the only way you could get around and transport passengers and freight. You'd make the five-day passage on the Erie Canal to Buffalo, New York, and then on to Lake Ontario, where you’d board a ship to Detroit."

What businesses were key to the city's success?

"Because we got such an early start in 1701, the city had to be self-sufficient. So the first industries were fishing, farming and hunting -- with the latter propelling the fur trade. From there, we started building ships and stoves, while the migration west eventually spurred the production of locomotives, rail cars and the rail barges they crossed the lakes on." 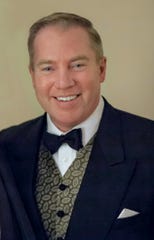 Did this plant the seeds for the coming auto industry?

"Yes. With our skilled labor force, by the 1850s the city started producing marine engines -- all of which set us up nicely to become automotive capital of the world."

Who were some of the great historical characters you came across?

"Seymour Finney was an abolitionist and proponent of the Underground Railroad. He owned Finney’s Hotel at Woodward and State in the 1840s, where bounty hunters looking for escaped slaves often stayed. But he also owned a barn and a tavern in what is now Capitol Park, where he'd hide escaped slaves, and assist them in getting to the Windsor shoreline. There's a historical marker in Capitol Park that details this."

Where can you buy the book?

"It's available at momentumbooks.com, as well as at the Detroit Shoppe both at the Somerset Collection and in Detroit at the David Whitney Building. We're also in the Foundation Hotel and Leon & Lulu in Clawson. And we're working on Amazon."