Murray Hidary's SilentHike will take participants on a two-hour meditative walk along the Detroit riverfront Aug. 6. 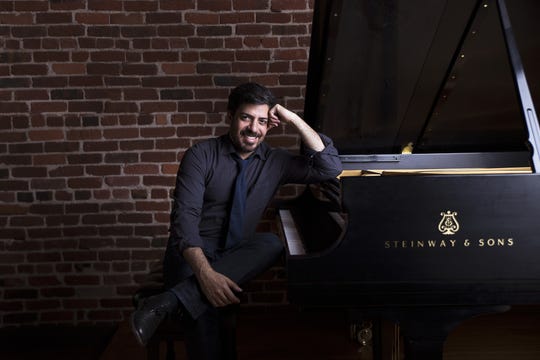 If you're feeling stressed out, here's possible relief: On Aug. 6, you'll be able to don headphones and take part in a guided, meditative hike along the Detroit riverfront, complete with music. Even better, this calming therapy will free.

MindTravel SilentHike (also called SilentWalk) is the brainchild of composer and entrepreneur Murray Hidary, 47, who's combined classical music with Eastern meditative practice to help participants unplug from daily life and reconnect with the stillness within us all.

"I started playing piano when I was six and knew I wanted to be a composer," Hidary said Tuesday in a call from London, where he would lead a SilentHike that evening. "While studying classical composition, I began exploring Eastern philosophy and meditation, and I've fused the two together."

Here's how it works. Hidary gives each SilentHiker a wireless headphone. He then engages the soundtrack that broadcasts from his backpack, and consists of poetry, guiding remarks, and his own original compositions.

Participants, isolated in their own soundscape but moving together as a group, then take a two-hour walk through attractive surroundings.

If it all sounds a little New Age-y, it does seem to be popular. Hidary said he took a sold-out crowd of about 100 through Berlin's elegant Tiergarten Park Monday evening. 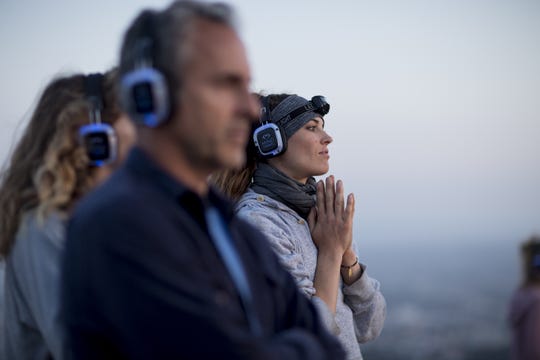 He said he weaves "binaural beats" throughout the music, "using tones that really help the brainwaves settle down into a meditative state." (Binaural beat therapy delivers slightly different tones to each ear that they nonetheless perceive as one.)

SilentHike is a music-rich experience. Even when Hidary is reciting poetry -- he favors contemporary writers like Mary Oliver or David Whyte -- he layers his voice over the music.

"Those poets," he said, "have a beautiful way of synthesizing language with something transcendent."

For many participants, Hidary promised, the result will be that "Time seems to stand still for two hours." Both the music and the setting, he added, stir emotions that can result in catharsis.

And while you might think wandering around with headphones in a crowd would be annoying, he insisted quite the opposite is true.

"Being in the presence of others and sharing this experience can be very profound," Hidary said. "There's a definitely a ritualistic element. You don't have to have conversation with people to feel a deep connection to them."

Unsurprisingly, given the headphones and all, conversation is discouraged.

"We maintain a no-speaking zone," he said. "Everyone has an intentional experience, with no talking to your friends, so that everyone is really present in the moment."

Hidary, who said he lives "between Los Angeles and New York," but spends most of his time on the road, has never been to Detroit.

"I hear it's very hip," he said, adding that as with all the SilentHikes, he'll arrive early to try the route he'll shepherd participants through "to really feel the landscape. Then I make a final decision on music and words."

Doing each hike twice, Hidary said with a laugh, keeps him in good shape.

"You know that iPhone app that tracks yours steps?" he asked. "Mine is going into overdrive."