The Detroit Youth Choir will not perform at Sunday's Lions home opener against the Los Angeles Chargers.

Call it the price of success.

Because of their winning performance Wednesday night on "America's Got Talent," the Detroit Youth Choir will not appear at halftime Sunday during the Lions home opener against the Los Angeles Chargers. 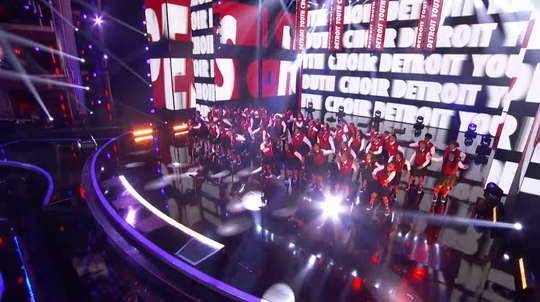 Instead, they'll still be in Hollywood, waiting to compete in the Tuesday in the NBC reality show's season finale. That will air at 8 p.m., with results announced the next evening.

But all is not lost for Lions fans.

The choir's performance, wrote Lions spokesman Ben Manges in an email Friday,"has been postponed until after 'AGT.'" Keep an eye out.