The choir will perform with three other finalists from Season 14 of "America's Got Talent" Nov. 7-10 at Paris Las Vegas. Winner Kodi Lee will headline

They may not have won the grand prize, but the Detroit Youth Choir is headed to Las Vegas anyhow.

The showstopping choir will be part of the lineup for the upcoming "America's Got Talent Live" Nov. 7-10 at the Paris Theater at Paris Las Vegas. Tickets, which start at $59, are on sale now.

The 52-member choir will perform alongside other finalists, violinist Tyler Butler-Figueroa; comedian Ryan Niemiiler; and dance crew V. Unbeatable. Grand prize winner Kodi Lee, a singer who is blind and autistic, will headline the show. 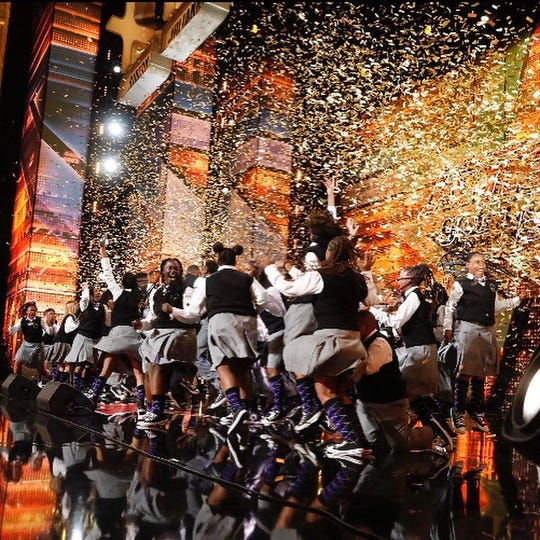 The Detroit Youth Choir wowed judges and audiences alike with their powerful singing and dances during their run on Season 14 of "America's Got Talent. Performing songs by Macklemore and Ryan Lewis, Panic! At the Disco and Carrie Underwood, they finished second in last week's final.

Following their return to Detroit, the group last week was awarded a $1 million endowment gift by the Skillman and Kresge foundations and other Detroit philanthropies.

"It means a new facility, new programming, a new vision, really," said White. "A new outlook on our organization and I'm so honored that Kresge, Skillman, every donor that helped, Kellogg — I just love them and we appreciate everything."

For tickets to "America's Got Talent Live," go to www.AGTvegas.com or go to ticketmaster.com.