It's like a Detroit-centric fever dream, in a good way. 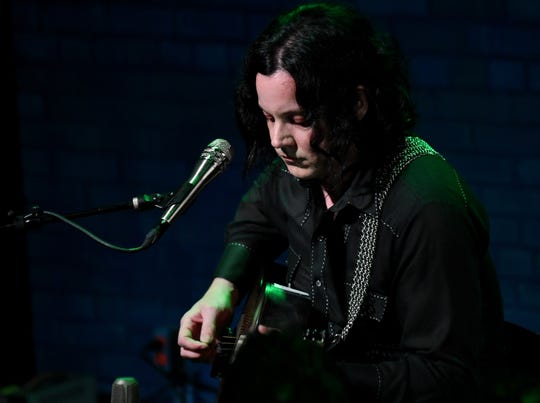 It's all part of an event on what is traditionally called Devil's Night, Oct. 30, to benefit the Kirk Gibson Foundation for Parkinson’s.

White, who spent time in his hometown in July for a series of Raconteurs concerts, will perform an intimate acoustic concert at the evening party at Shinola Hotel's Birdy Room, during which guests are invited to dress in costume.

Fans with deep pockets will have a chance to win an opportunity to play pingpong with Alice Cooper or Kirk Gibson at a silent auction. Other prizes include a cooking class and dinner with nationally known chef Andrew Carmellini of San Morello restaurant or a Third Man Records turntable signed by Jack White.

This isn't the first time White and Gibson have worked together. The Detroit Tigers' legend was in attendance at one of White's recent shows, and Third Man Record in 2017 released a vinyl record with an interview with Gibson on the B-side.