A phone call from his mother saved Mark Ruffalo's career

The 'Dark Waters' star and three-time Oscar nominee on his political activism, life as an 'Avenger' and how his mom kept him from quitting Hollywood

A phone call from his mother saved Mark Ruffalo's career

The 'Dark Waters' star and three-time Oscar nominee on his political activism, life as an 'Avenger' and how his mom kept him from quitting Hollywood

As the Hulk in the gazillion dollar "Avengers" movies, Mark Ruffalo balls up his fists and smashes to bits whatever stands in his path. He's delivering justice via brute force.

In his new movie "Dark Waters," Ruffalo is also delivering justice, but using a much different tactic. In the based-on-a-true-story tale, he plays Cincinnati lawyer Robert Bilott, who takes on DuPont for dumping chemicals into the water in West Virginia and exposes corporate negligence on a massive scale. 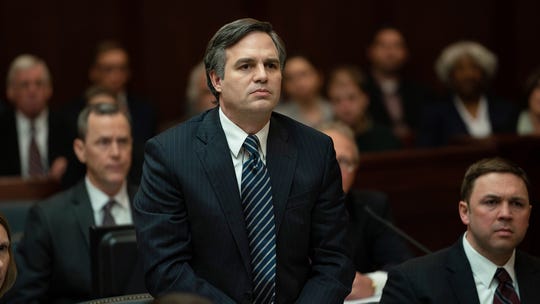 For Ruffalo, the link between "The Avengers" and "Dark Waters" — as well as "Spotlight," the 2015 Best Picture winner in which he played a Boston Globe reporter who helped uncover the child molestation scandal within the Catholic church — speaks to his core values as a person.

"I'm turned on by those stories," says Ruffalo, on the phone last week from his New York home. "I have a need for a just world."

That need for a just world has made Ruffalo one of Hollywood's most outspoken actors; the 52-year-old has championed abortion rights and environmental causes, and come out against the separation of families at the U.S. border. Ruffalo says his pursuit of justice in the world comes from his Catholic upbringing.

"Not so much the dogmatic aspects, which I hated and rebelled against," says Ruffalo, whose last name rhymes with buffalo, rather than sounding like "Roof-a-low." "More the teachings and the gospel of Jesus, the ethos of that stuff, which was love thy neighbor, do right, be just. That brought order to the world for me as a boy. I was a sensitive kid, and I was sensitive to injustices." 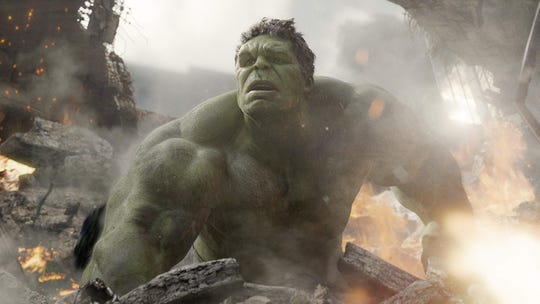 Mark Ruffalo as Hulk in "The Avengers." (Photo: Marvel)

He was also dyslexic as a child, which led to what he calls a "disastrous" experience growing up. It left him with limited career options coming out of high school in Virginia Beach, where he moved from Wisconsin after his parents were divorced. He wanted to be a teacher, or maybe a therapist, but that would require more schooling, which wasn't his thing.

He dabbled in electrical work and landscaping but didn't find his footing there, either. So when the rest of his friends were going off to college, "I was just sitting at home," he says, in between bites of a bean and cheese burrito from Trader Joe's.

But there was acting. He had done several plays in high school and enjoyed them and thought maybe there was potential there. So he decided to take a shot at it, moving from San Diego to Los Angeles and enrolling in the Stella Adler Studio of Acting.

There he was taught the power of storytelling, and the importance of supporting causes that were important to him. "(Adler) used to say you should have to pay to go to church and theater should be free, because she knew how important the medium was to learning about ourselves and learning about the world around us, and what's right and what's wrong," Ruffalo says. 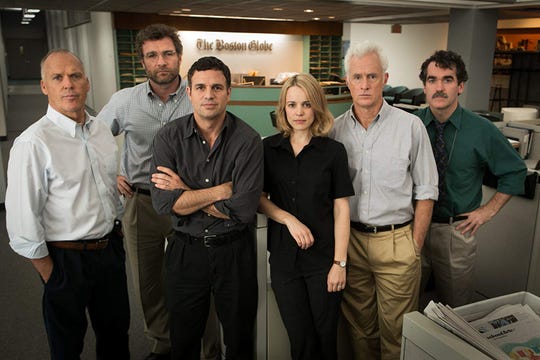 He had his beliefs and his ambitions but success was another story. Ruffalo hung around Hollywood for much of the '90s, appearing in commercials and low-budget horror titles — he was in "Mirror, Mirror" 2 and 3 — before his little brother sat him down and asked him what he was going to do with his life, since this acting thing wasn't working out. "That's not the talk you want to have with your little brother," Ruffalo says, laughing.

Ruffalo packed up and returned to his hometown of Kenosha, Wisconsin, on Lake Michigan between Chicago and Milwaukee, to work as an apprentice to his father, who was an industrial painter. But when his mother caught wind of his plans, she let him have it.

"She called me and said, 'if you quit acting, I will be so angry with you, I don't know if I will speak to you again,'" he says. "This is a woman who would never, ever, I mean ever intercede like that. That was not her style. And it was shocking to me. And it saved me. It gave me a boundary: I was like yeah, she's right. And it gave me permission, kind of, to go back. So I was like, 'Dad, I don't think I can do this, I'm going to go back to L.A. and try that out again.' And he was like, 'absolutely.'"

Ruffalo returned to L.A. and less than two years later he won a lead role in 2000's "You Can Count On Me," opposite Laura Linney, which put him on Hollywood's radar. 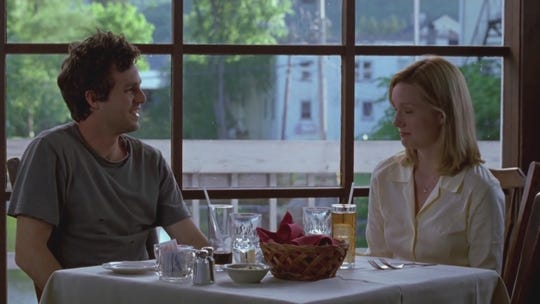 Mark Ruffalo and Laura Linney in "You Can Count on Me." (Photo: Paramount Classics)

He went on to star in a string of romantic comedies ("13 Going on 30," "Just Like Heaven") and acclaimed dramas ("Eternal Sunshine of the Spotless Mind," "Collateral," "Zodiac"), gaining a reputation as a reliable, dependable actor no matter what role he's plugged into.

Over the last decade, Ruffalo — who is married and has three children with his wife of 19 years, Sunrise Coigney — has appeared as the Hulk in seven Marvel movies and he's earned three Oscar nominations for Best Supporting Actor, for "The Kids Are All Right," "Foxcatcher" and "Spotlight." On the horizon, he'll appear in the HBO series "I Know This Much is True," from director Derek Cianfrance ("Blue Valentine," "The Place Beyond the Pines"), alongside Kathryn Hahn, Melissa Leo, Juliette Lewis and Rosie O'Donnell.

He's balancing blockbusters and personal projects, and on the side he's able to use his voice to speak out for what he believes in. In short, he's got it pretty good.

"We live in this system where you're measured by your value in the market," he says. "It doesn't hurt to have a No. 1 movie in the world, when financiers and other people are looking to get into business with you. It also doesn't hurt when you're diverse in your choices, and you have people know you for a certain thing, and they know they can count on you.

"Maybe things could be better for me than they are right now," he says. "But I'm pretty happy with the way things are."