Comic Cedric the Entertainer stretches out

Comic Cedric the Entertainer stretches out

He's known for being an uproarious stand-up legend, an actor and a sharp dresser, but lately comedian Cedric the Entertainer has been sharpening other arrows in his quiver, including producer  and dramatic actor.

The St. Louis native is an executive producer and the star of the CBS sitcom "The Neighborhood," which is in its second season. He's also going to be lending his talents behind the scenes to produce some upcoming shows that are getting ready to pilot, including a buddy comedy with two female actors/writers as well as an animated series. 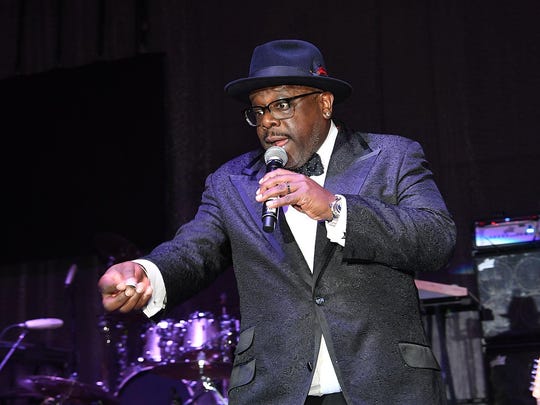 "Coming on this network, one that still kind of deals with a lot of diversity issues and it hadn't had an African- American lead on a show in a quite a while ... with this large set and an ensemble cast, I'm just excited," he said. "It's working and the network is really behind it and its showing a lot of support and I thought that was a really big deal."

Cedric of course is known for his stand-up and regularly performs at clubs and theaters around the country. In addition to literally being one of "The Original Kings of Comedy," he has a huge filmography dating back two decades that includes comedy classics such as "Barbershop" and many animated children's movies.

He'll be at the MotorCity Casino Hotel in Detroit on Friday.

He says as a fellow Midwesterner, Detroit is "like a cousin."

"It felt extra familiar, the vibe, the people," he said. "When I go there it kind of has this at-home energy to it."

His entertainment career started with acting, actually, and he's even added some dramatic roles as of late. In 2017 he starred with Ethan Hawke and Amanda Seyfried in the Paul Schrader-directed film "First Reformed." He was credited for the role of a megachurch pastor under his birth name, Cedric Kyles.

"You look for some stretching out," he said of doing more serious acting. "Some of my favorites like the late Robin Williams and even Richard Pryor did some really great dramatic roles."

"Very early on in my career a lot of my stand-up was based off characters, people that I knew, so I honestly just tried to identify who a character is. I'm really big on trying to come up with the back story of who this person is and why they're that way."

He has more dramatic roles lined up, including the upcoming biographical film "Son of the South," which is based on Bob Zellner's autobiography, "The Wrong Side of Murder Creek: A White Southerner in the Freedom Movement." Cedric plays civil rights leader Ralph Abernathy.

He also has a comedy film coming in early 2020. In "The Opening Act" he'll star alongside other veteran comics Bill Burr, Ken Jeong, Neal Brennan and Whitney Comings in a movie about a green comedian, played by Jimmy O. Yang.

"It's a movie about a young stand up and I play like a Redd Foxx type of character," he said. "Like an old school legendary comedian and this young guy is going to be my opening act and it's all about his story and I play this character that kinds of guides him. It's really cool."

That doesn't sound like too much of a stretch for the beloved veteran comic.

Sound Board at MotorCity Casino Hotel