Complaints, allegations could make Grammy telecast a hot one

Serious accusations of conflicts of interest, sexual misconduct hit the Recording Academy in the run-up to Sunday's show

Complaints, allegations could make Grammy telecast a hot one

Serious accusations of conflicts of interest, sexual misconduct hit the Recording Academy in the run-up to Sunday's show

The Grammys are on fire.

Not on fire in an Alicia Keys "this girl is on fire!" kind of way, although Keys is hosting the ceremony, which airs at 8 p.m. Sunday on CBS. 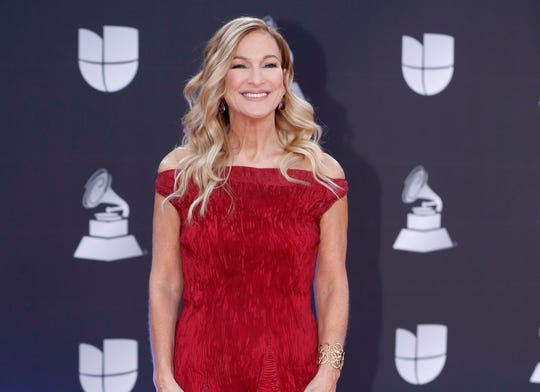 No, the Grammys are on fire in the sense that they are burning as uncontrollably as a raging house fire, and it's time to grab any belongings you might want to hold on to because it's about to become a pile of ash.

In a bombshell set of allegations this week, ousted Recording Academy chief executive Deborah Dugan claimed the Grammy voting process is rigged, certain artists are given preferential treatment over others, and the entire voting process is subject to favoritism and brazen conflicts of interest.

Outsiders might say "well, duh," but Dugan's statements shed light on the shadowy behind-the-scenes workings of "Music's Biggest Night," exposing what she says is an "old boys' club" where power is brokered among a handful of elites and misogyny runs deep.

Dugan's statements came after she was placed on administrative leave just 10 days prior to Sunday's ceremony, which is like if the Kansas City Chiefs decided to up and part ways with their coach ahead of next week's Super Bowl.

Dugan replaced former Recording Academy head Neil Portnow, whose two- or three-minute appearance made for the stiffest segment of every Grammy telecast he was on. She alleged that her predecessor — famous for his 2018 statement that women need to "step up" if they want to be considered in the same league as their male counterparts — had been accused of raping a foreign recording artist following her performance at Carnegie Hall. (Portnow has denied the allegations, calling them "inaccurate, false and outrageous and terribly hurtful.")

In a discrimination complaint filed after she was sidelined, Dugan described the Grammy voting process as controlled by committees who take a field of 20 submissions and narrow them down to the eventual nominees. Those committees include “members... who represent or have relationships with nominated artists," and that the board "uses these committees as an opportunity to push forward artists with whom they have relationships.”

In other words, this year's Album of the Year field — the nominees are Bon Iver, Lana Del Rey, Billie Eilish, Ariana Grande, H.E.R., Lil Nas X, Lizzo and Vampire Weekend — may well have been "chosen," for lack of a better word, by people tied to those artists. (So as not to disparage the performers, Dugan chose not to name names with regard to this year's nominees.)

The Grammys, which have awarded its Album of the Year prize to hip-hop artists just twice in its history, have long been accused by artists of playing favorites and being out of touch. Jay-Z and others have been vocal in their criticism of the process and its perceived lack of merit, and now the awards show and its governing body are facing even bigger issues of credibility and transparency, and it's happening at the worst possible time.

Which, for viewers of Sunday's ceremony, could be the best possible time. The likelihood of artists speaking out against the Grammys while on the Grammys is extremely high, and the orchestra can't swell and cut off everybody. Those live microphones will be pipe bombs in artists' hands, and it could make for a livewire broadcast.

Keys will do her best to keep the fire under control, but it may already be too late. For a blaze to be put out it needs to be fought, and at this point many are happy to let the Grammys burn to the ground.