While promoting her latest album, “Rare,” Selena Gomez opened up about her past relationship with Justin Bieber

While promoting her latest album, “Rare,” Selena Gomez opened up about her past relationship with Justin Bieber, during which the singer and actress said she suffered emotional abuse.

Speaking with NPR on Sunday, Gomez explained how her new single, “Lose You to Love Me,” helped her process and move on from the “difficult” experience she had while seeing the “Yummy” artist. Gomez and Bieber were first linked publicly in 2011 and dated on-and-off until their final split in 2018.

“It’s dangerous to stay in a victim mentality,” Gomez said. “And I’m not being disrespectful, I do feel I was a victim to certain abuse.” 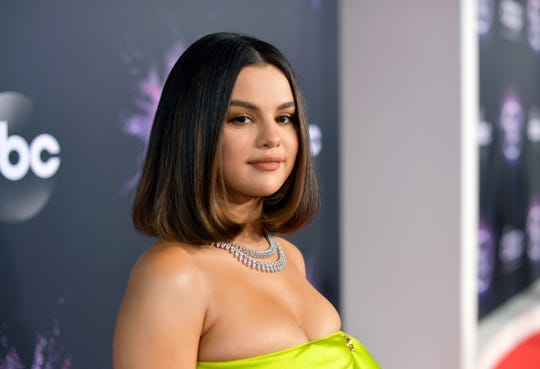 When asked if she was referring to emotional abuse, the “Bad Liar” hitmaker said, “Yes,” and then elaborated – despite noting that she didn’t want to “spend the rest of (her) life talking about” her past with Bieber, who married model Hailey Baldwin in 2018.

“I had to find a way to understand it as an adult, and I had to understand the choices I was making,” Gomez said. “I am really proud that I can say I feel the strongest I’ve ever felt and I’ve found a way to just walk through it with as much grace as possible.”

Reps for Bieber did not immediately respond to The Times’ request for comment.

Upon the October release of the emotional “Lose You to Love Me,” Gomez pleaded with fans on social media to “be kind” and respect other women while supporting her and her work. Many assumed she was indirectly defending Bieber’s wife, who received some hate online when the track dropped.

“It’s not a hateful song; it’s a song that is saying — I had something beautiful and I would never deny that it wasn’t that,” Gomez told NPR. “It was very difficult and I’m happy it’s over. And I felt like this was a great way to just say it’s done, and I understand that, and I respect that.”

Bieber and Gomez, both in the spotlight from a young age, have had trouble keeping their relationship drama private. In 2016, the ex-lovers hurled cheating accusations at each other over Instagram, visible to their millions of combined followers, in a heated spat that caused Bieber to delete his account altogether.

But according to Gomez, those days are over, and she’s ready to step into a “whole other chapter.”

She also reflected on her myriad health issues, which have included depression, a kidney transplant and an ongoing battle with the autoimmune disease lupus.

“I want to be able to tell my story the way that I want to tell it,” she said, calling attention to sensationalized media coverage. “I wasn’t going to pretend to put a smile on when it actually was awful — a few of the worst moments of my life. … I just had to find a way to claim my story.”

Her reclamation project, “Rare,” is out now.