Welcome to the jungle, again.

Guns N' Roses has announced a July 11 concert at Comerica Park, the band's third visit to Detroit since its 2016 reunion. 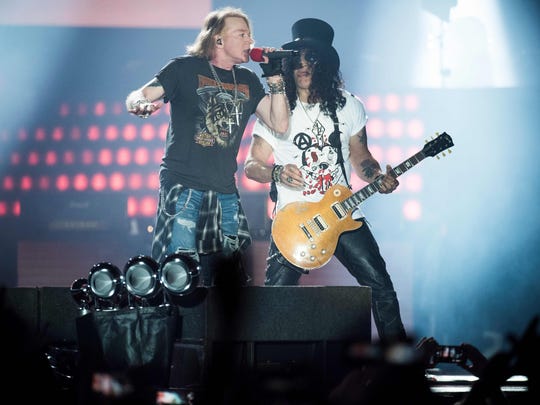 Tickets for the show go on sale at noon on Friday at livenation.com and at http://tigers.com/GNR. Pre-sale tickets go on sale to Citi cardholders beginning at noon on Tuesday.

After a light 2019, big concerts are booming downtown. The GNR show is the fourth concert announced at the Tigers' ballpark this summer, and comes one night after Billy Joel plays the stadium on July 10.

Meanwhile, Ford Field has dates lined up with Garth Brooks on Feb. 20, Kenny Chesney on Aug. 15 and Justin Bieber on Aug. 29.

After a handful of warm-up dates, GNR kicked off its reunion tour at Ford Field in June 2016 and returned to Detroit to play Little Caesars Arena in Nov. 2017.