Detroit's Heidelberg Project is on the short list for an LCD Berlin prize, to be announced in early March.

Detroit's Heidelberg Project has been short-listed for a major prize to be announced in Berlin in early March.

The Leading Culture Destinations Awards, operating in conjunction with visitBerlin, highlight the "most exceptional established and emerging cultural initiatives around the world," according to the LCD Berlin website.

"They call it the 'Academy Awards of Culture,'" said Heidelberg President Jenenne Whitfield. "We just learned we were short-listed in December. The timing is excellent," she added. "It exemplifies what we've always known: We've got something here." 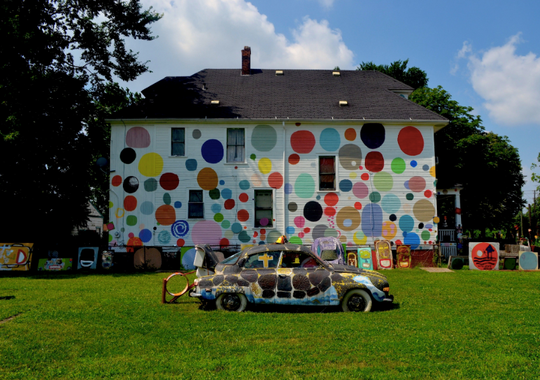 The awards don't come with money, but shine a bright spotlight on a small number of museums and cultural institutions worldwide, helping connect them with new international audiences.

Heidelberg, of course, has had an admirable track record racking up significant prizes.

In 2009, artist and founder Tyree Guyton was named a Kresge Artist Fellow. In 2014, he won the Balthazar Korab Award from the Michigan chapter of the American Institute of Architects.

Heidelberg is one of three finalists for "best activation" in LCD Berlin's Soft Power Destinations category. In competition with it are Friar's Music Museum by Downtown Yonge Bia in Toronto, and the Stellenbosch University Museum in South Africa.

It's been a good month for Heidelberg and Guyton personally. Whitfield says his 2019 show at New York's Martos Gallery, "Love, Sam," was supposed to close in December, but was extended into January because of public interest and high sales.