Detroit is getting a new agency to support its growing creative community, city officials announced Thursday, to be called the Arts, Culture & Entrepreneurship Office.

Rochelle Riley, the city's director of arts and culture, will manage the new entity. 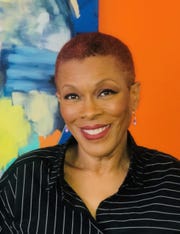 Rochelle Riley, director of arts and culture for the city of Detroit. (Photo: Jameela Johnson for The Glam Doctor)

The ambition is to boost neighborhood growth through arts and culture, ballyhoo Detroit's artistic treasures, promote local creatives and establish partnerships with arts organizations, residents and artists of all sorts.

"You know how 'Virginia is for lovers?'" asked Riley. "Well, my motto is 'Detroit: Where the arts are a way of life.' If it exists and it's great, I plan to crow about it."

Among other projects, Riley wants to conduct a census of all artists living in the city.

"I want to gather information about all our creative artists," she said, from muralists to playwrights to designers and fashionistas.

"It's hard to serve a populace if you don't know how big it is," Riley added. "I'd dare to guess we have one of the largest populations of creatives per capita of any American city."

Plans are also to establish a City of Detroit Arts Fund for tax-deductible donations that would go both to fund ACE's operations, and support cultural events and establishments of all sorts.

"Nothing worse than a great idea but no money," Riley said.

To encourage contributions to the Arts Fund, donors giving the most will get their names on a new public sculpture to be picked through a national competition that will be erected in front of the TCF Center (formerly Cobo Center).

A long-term ambition still under discussion is to create some sort of subsidy to support creatives in their efforts to acquire homes and studios in neighborhood arts districts, to keep them from moving to other cities.

You can find out all you want to know about ACE by visiting detroitartsandculture.com, and clicking on the "ACE Office Vision Book" at the bottom of the page.

"Detroit has been without a formal arts and culture office for many years, which has been a disservice to the incredible talent we have here," Mayor Mike Duggan said in a statement.

"Rochelle has done a terrific job," he added, "of establishing a real vision for arts and culture in our city that artists and funders can support."