The sound of slamming doors gets louder and louder around the metro area, as cultural institutions of all sorts close and cancel events.

Michigan Opera Theatre on Tuesday canceled its entire spring season, which would have ended May 17. Losses include "Champion," the "Easter Jazz Spectacular," American Ballet Theatre's "Swan Lake," "The Very Last Green Thing" with the MOT Children's Chorus, and "Pagliacci."

MOT is still, however, planning its 50th-anniversary season, which opens in October.

In Ann Arbor, the University Musical Society has scrapped the rest of their 2019-2020 season, which ran through April 23.

Citing Gov. Gretchen Whitmer's directive closing the schools, the Detroit Institute of Arts, which had suspended group events and activities but planned to stay open, announced Friday that the museum will close at 4 p.m. and not reopen until April 6.

In like manner, the Detroit Historical Museum and the Dossin Great Lakes Museum will also close at 4 and remain shut through April 5.

The Fisher Theatre announced Friday that all remaining performances of "Fiddler on the Roof," which was to run through Sunday, have been canceled, as well as the March 25 – April 5 run of "Dear Evan Hansen." Broadway in Detroit hopes to reschedule the latter.

Guests who purchased tickets through the Fisher Theatre Subscriptions or Group Sales offices will receive a refund to the credit or debit card that was used for the purchase.

Those who bought tickets at the Fisher Theatre box office can return them to the box office in person for a refund, or mail tickets with their full name, address, phone number and email with a request for a refund to: 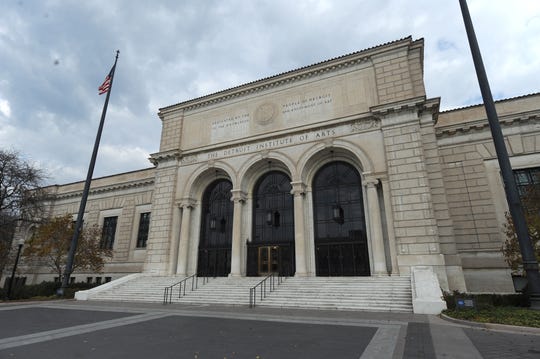 The Henry Ford will close all public areas until Wednesday, when officials will reassess the situation. Closures affect the Henry Ford Museum, the Ford Rouge Factory Tour, the Giant Screen Experience and the Benson Ford Research Center. Ticketholders can get a refund or turn the purchase into a charitable contribution.

The Charles H. Wright Museum of African American History said it will temporarily close to all visitors until Tuesday in response to the governor's declaration of a state of emergency. The closure will enable staff to conduct a deep cleaning of the facility.

The Detroit Symphony Orchestra canceled all events through April 5, including the Mach. 12-15 performances of "Carmina Burana," citing Gov. Gretchen Whitmer's advice to avoid events with 100 or more people — as well as all public events and activities until March 17.

"Our impulse as an orchestra is to proceed with performing music in times of crisis," said DSO President and CEO Anne Parsons in a prepared statement, "(but) we believe we must follow the recommendations of public health officials."

According to the DSO,  ticket holders will be contacted via email with options for exchanges, donating tickets and refunds. Tickets for rescheduled concerts will be honored on the new dates.

In Hamtramck, Planet Ant theater announced it's closing for the foreseeable future, canceling all classes and programming. Ticketholders will be contacted in the coming weeks regarding refunds.

The Ilitch Companies — which includes Little Caesars Arena, the Fox Theatre and other concert and sports venues — said the company is following CDC guidelines and are “staying in close touch with local, state and federal health agencies, industry leaders and league officials on best practices.”

In Bloomfield Hills, Cranbrook House, Cranbrook Art Museum and the Cranbrook Institute of Science are all closed. The Art Museum plans to reopen April 7, and the other two April 6.

Meadow Brook Hall in Rochester is canceling all tours through March 31.

The Detroit Spring Home & Garden Show at TCF Center in Detroit has been rescheduled from March 21-22 to May 2-3, officials announced Friday. The event, presented by Rocket Loans, gives homeowners insight into the latest home remodeling and interior design trends.

The city of Sterling Heights has canceled programming and drop-in activities at the Sterling Heights Senior Center, Sterling Heights Community Center and the library through March 31. Large events at the Nature Center are also suspended, though citizens are advised to check their website to see if their activity is among those.

In Ann Arbor, Literati Bookstore is closed for the indefinite future. They're still handling online orders, however, with $1 shipping charge.

Detroit’s Scarab Club canceled Thursday's gallery talk on the “Gilda Snowden Memorial Exhibition,” and the club’s popular Afro Cuban dance class will be on hiatus for two weeks. Beyond that, said Executive Director MaryAnn Wilkinson, “We're continuing to evaluate what we need to modify or change.”

The Nain Rouge Parade has been canceled as has Corktown's St. Patrick's Day parade.

In Hamtramck, the Detroit Zen Center, a meditation and yoga facility with organic café, closed as a “pre-emptive measure, to do our part in protecting and preventing community outbreak in our vulnerable neighborhood and center.”

In an observation likely shared by most institutions, the center’s statement admitted that the financial hardship caused by the decision “will be deep.”