“The Clark Sisters: First Ladies of Gospel,” a film about one of Detroit's gospel legends, airs Saturday on Lifetime

Filmmaker Christine Swanson believed she was the right person to direct the film about the Clark Sisters, the highest-selling female gospel group in history from Detroit.

“There is this great and rich history of high caliber, award-winning music that comes out of Detroit,” said Swanson, director of “The Clark Sisters: First Ladies of Gospel,” which airs Saturday on Lifetime.

An NAACP Image Awards nominee, Swanson is an alumna of Shrine Catholic High School in Royal Oak, the University of Notre Dame, and the New York University Tisch School of the Arts (Oscar-winning filmmaker Spike Lee was her directing professor at Tisch). She lives in Los Angeles with her husband and four children.

“As a filmmaker who comes from Detroit, I just felt like if anybody told this story, it had to be me,” said Swanson. “I had the attributes to properly frame this story in a way it needed to be framed and heard. As a director, I made the decision to cast real singers to play the sisters.”

Their first album was 1973’s “Jesus Has a Lot to Give.” With 17 albums to their name, they played a large role in bringing gospel music into the mainstream, and they’re considered pioneers of contemporary gospel. Mattie is credited for creating the three-part harmony (separating vocal parts into soprano, alto and tenor), prevalent among today's gospel choirs.

“Normally, the way it’s done is music is dubbed, and you hire actresses to lip-sync the music while performing in the film," Swanson explained. "I felt given who the Clark Sisters are, given their contributions to the greatness of gospel music as we know it, I didn’t think we would do justice to their legacy by having songs dubbed over. I explored the idea of having real gospel singers playing the singers and recording them singing live – which we did. I believe that gives the film a visceral effect that’s more searing than listening to people lip-sync.”

Most notably, Kierra Sheard portrayed her mother, Karen. Swanson said Kierra wanted to audition for a small role in the movie.

“I’m looking at her – she’s the spitting image of mother – and I’m like, ‘No! You have to play your mother!’ I don’t know in the moment I said that to her that she believed she could do it, but I believed she could do it," Swanson said. "I told her she’s got to play her mother. She just happens to be a phenomenal singer in her right. She was part of the singing team I brought together to make the sound of the Clark Sisters, which is beautifully illustrated in the movie.

“I think Christine is one of the most fearless women I’ve ever met and certainly the most fearless director I’ve ever worked with," Ellis said. "She and I have ultimately become friends – personal friends and creative friends as well. We have those long, intensive conversations about filmmaking and writing. We developed a partnership while making this film. It’s a friendship that I value dearly.”

Swanson felt Ellis was the right choice for matriarch Mattie. 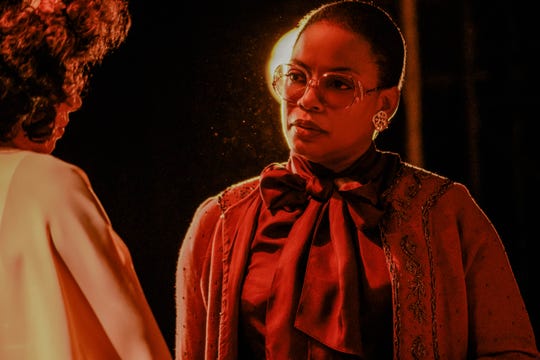 “As a director, your dream is to have an opportunity to work with amazing actors. If I’m Martin Scorsese, she’s my Robert DeNiro. Who wouldn’t salivate at the opportunity to work with DeNiro? (Ellis) made everything better, she made me better… It’s that collaborative process vital to creativity when a director and a lead actor come together to create that magical combustion,” said Swanson.

A fan of the Clark Sisters, Ellis welcomed the chance to play Mattie.

“They are the soundtrack of my life,” said Ellis. “I wanted to be a part of who made them who they were. It was (Mattie’s) vision, her strategy to see her girls – her children – manifest in the world the way they have.”

Added Swanson, “(Mattie) was a musical genius in her own right. She parlayed all the energy, intelligence, and dexterity of that musical genius into her daughters. She created a music group that’s akin to the Jackson 5, but she did it all by herself. They wrote their own music. They played their own instruments. They were a homegrown group that came out of Detroit and became a symbol of great music that’s influenced all genres of musicians.” 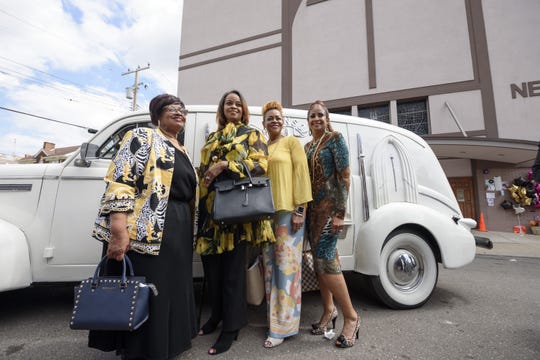 A movie about the Clark Sisters was in development limbo for 15 years, according to Swanson. It took the efforts of Grammy-winning singers Queen Latifah, Missy Elliott and Mary J. Blige to make this movie happen. All three served as executive producers.

“Without them, I’m not sure this movie would’ve gotten made," said Swanson. "That is the collective power of these three women coming together at this time to see this story come to fruition. I think people will revisit the Clark Sisters and understand why these women are so iconic, why other musicians at the top of their game – Jay-Z, Beyoncé, (Blige), (Elliott), (Latifah) – felt compelled to either use the Clark Sisters’ music in their own songs and/or come onboard this project as producers to make sure these women’s story is told and known.” 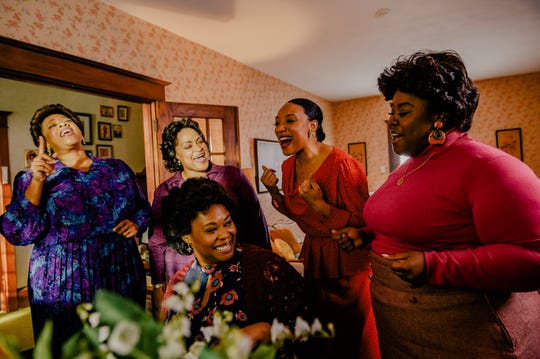