A much anticipated Travis Scott concert is officially happening, but the state ordinance tells Michiganians to stay home. Well, video game players are in luck because this concert will be interactive and fully performed on the video game Fortnite.

Scott and Fortnite are collaborating for a weekend-long slate of virtual concerts called “ASTRONOMICAL,” a reference to Scott's 2018 album “ASTROWORLD.” The event will be streamed on numerous creators' channels, and the multiplayer third-person shooter game can be played on PlayStation 4, Xbox One, PC, smart mobile devices and Nintendo Switch. 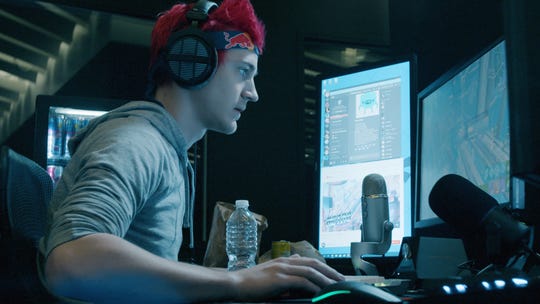 Millions are expected to join a Fortnite gming event that features a concert by Travis Scott Thursday night. (Photo: CNN)

There will be five start times over the three days to allow as many gamers across the globe to experience the event. The first is set for 7 p.m. Thursday, the next is at 10 a.m. Friday and the third session will be played on Saturday at midnight, 11 a.m. and 6 p.m.

Something very similar was done by the Fortnite team in November 2018.

Electronic dance and pop music producer Marshmello hosted a concert for players at a location in the Fortnite game called Pleasant Park. Nearly 11 million people played simultaneously during the event. The concert was a success as it put gamers in the pit next to the stage and had them react to music by flying around and using dance emotes.

Scott, a seven-time Grammy nominated artist, will premiere a new song during the worldwide event called "Fortnite Battle Royale."  Parents won't have to worry about explicit lyrics during the concert, as Fortnite censored the songs. 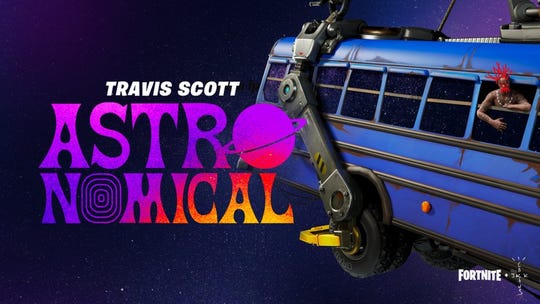 Scott and Fortnite have teamed up before.

In the spring of 2018, Scott was a part of a large moment in the video game community when he, fellow singer/rapper Drake and Pittsburgh Steelers wide receiver Juju Smith-Schuster joined a squad with Tyler “Ninja” Blevins. They played Fortnite for several hours in one of the game’s most watched livestreams with 628,000 concurrent viewers. That broke a record for Ninja as it was the most watched single-person stream on the website Twitch.tv.

Ninja is a Detroit Lions super-fan, as he had sideline access to the game against the New York Giants in October of last year. He was nominated as honorary captain and was able to meet the players and Lions legend Barry Sanders.

Ninja and thousands of other players will stream the event for those who are not able to play it. With millions at home in Michigan and across the world, "ASTRONOMICAL" is set to be enjoyable for all people in this tough time.

Tyler Jackson, 23, is staying home since both of his jobs at a Ford dealership and hotel are limiting hours and encouraging employees to be safe.

“I think the Travis Scott-Fortnite event is a fantastic idea," Jackson said. "Fortnite has made its living and broke records because of ideas like this. They are out of the box ideas that other companies do not think of. I mean a virtual concert in a video game is brilliant.

“As far as how my quarantine has been with video games. Video games have been an outlet from the stressful reality that we are living right now. It is a stress relief from being unemployed and forced to stay home. Personally, I have been playing a lot of NBA 2k20 and it has been nice because without sports happening right now it has been a way to fill the hole that no sports have caused. Being able to play games or simulate the playoffs has been nice.”