Review: Want to feel worse? 'I Know This Much is True' is for you

Review: Want to feel worse? 'I Know This Much is True' is for you

They say misery loves company. And a lot of people are pretty miserable these days.

So “I Know This Much is True,” the HBO mini-series debuting Sunday, should be something of a godsend for our modern virus-ridden moment. Because it offers unending mountains of misery. This show can’t go 20 minutes without piling on another awful moment, turn or revelation. 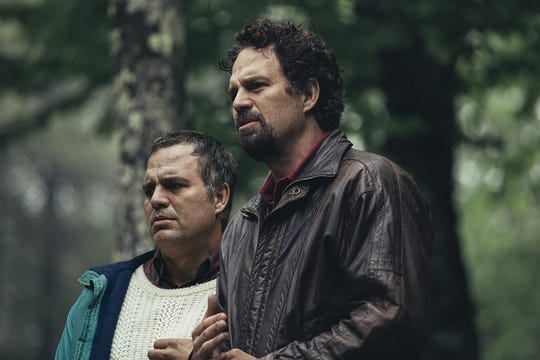 That guy would be Dominick Birdsey (a chiseled Mark Ruffalo), twin brother to Thomas (an overweight, doughy Mark Ruffalo). The series opens with Thomas, a paranoid schizophrenic, dismembering himself in front of children at a library, so you know he’s got problems.

And Dominick has the lifelong problem of dealing with a mentally ill brother. Which you might think would be enough, but really it’s just a start. Turns out the twins have no idea who their father is. They were raised by their oddly passive mother (Melissa Leo) and an abusive stepfather (John Procaccino).

OK, plenty of dysfunction to work with there, right? Ha! The levels of awful are just getting started.

Understand, this is a class production all the way. Ruffalo is every bit as good as you’d expect (Phillip Ettinger also shines playing the college-age twins). Archie Panjabi, Imogen Poots and especially Rosie O’Donnell do fine supporting work. The only wrong note is Juliette Lewis (not her fault) playing an awkward plot device.

The entire enterprise is written and directed by Derek Cianfrance (“Blue Valentine”), based on a novel by Wally Lamb, and features an evocative core by Harold Budd. It’s all technically impressive.

And it’s all a monumental bummer. But, hey, it’s not happening to you. Maybe that qualifies as escapism in these dark times. Sorry.

'I Know This Much is True'